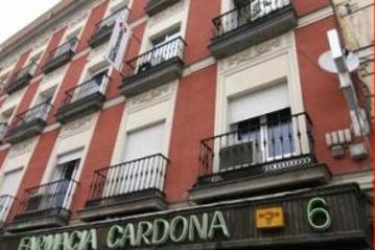 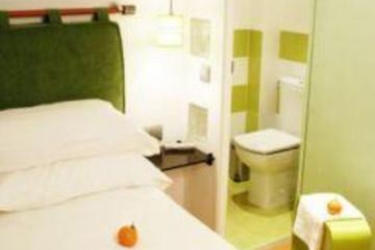 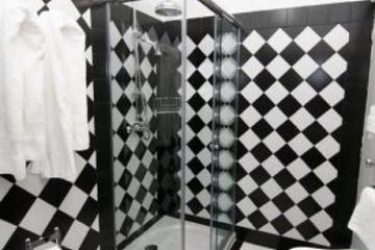 The property is housed in an 18th century building. Offers laundry, safe deposit box, snacks, hot and cold beverages, fax and Internet.
Hostal Santo Domingo is situated 100 metres away from Madrid’s famous Gran Vía and Plaza de Callao, where all of the city’s most popular theatres are located, including El Capitol, el Movistar and Lope de Vega. The superb central location means that most of this stunning city’s sights and tourist attractions are within easy walking distance. Just behind Hostal Santo Domingo are the districts of Chueca and Malasaña, which are both very popular for their bars and their bohemian multicultural atmospheres. The most stylish and fashionable shops and restaurants are also nearby. Heading towards the city centre, you will find the most important sights, monuments and attractions of the historic district of Madrid de los Austrias. These attractions include Puerta del Sol, Plaza Mayor and El Palacio Real. Puerta del Sol is one of the busiest and most well known places in Madrid. The square contains the famous clock whose bells mark the traditional eating of the Twelve Grapes and the beginning of a new year. El Palacio Real is a Spanish royal palace which was once a hunting pavilion and became an alternative residence of the kings of Spain until the death of Alfonso XII, who died in the palace. Francisco Franco lived in the palace after the Spanish Civil War. Since Franco's death, the palace has been used as a residence for visiting heads of state.

The Hotel Hostal Santo Domingo offers the use of a TV in the rooms. The hotel offers a wake up service for guests. 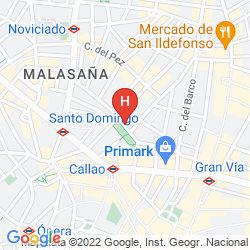