Enter your dates, select the room and choose out of 2404 hotels in Madrid

The 15 best hotels in Madrid selected for you 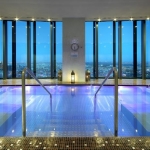 The elegant Eurostars Madrid Tower is a prestigious 5-star hotel, the ideal accommodation for those looking for an exclusive stay in Madrid. Located in the 236 m high SyV Tower, the hotel has a... Read more 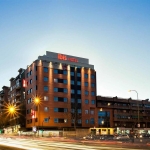 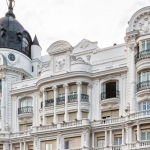 Set in the historic centre of Madrid, the 4-star Hotel Atlantico features excellent service in a Spanish style palace overlooking the Gran Via. Its gorgeous façade stands out along the street; the... Read more 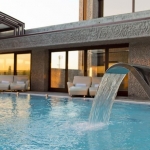 For those guests that want the best place to stay after a long flight, the Hilton Madrid Airport offers the best services. It is located just fifteen minutes from Madrid and is linked by a free... Read more 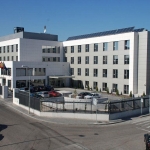 The Eurostars Arenas de Pinto is located in Pinto, right off the Motorway of Andalusia (A-4). Thanks to its strategic location, you can easily reach the Warner Bros Theme Park. Read more 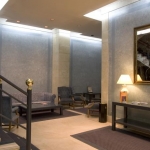 The Espahotel Plaza de España is located in the central Plaza d'España, which you'll be able to admire directly from the windows of your bedroom. The hotel enjoys a strategic location in Madrid,... Read more 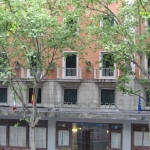 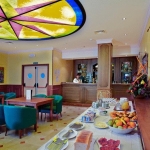 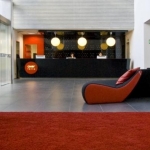 The Axor Feria Hotel is located in a strategic location close to the IFEMA Convention Centre and the Madrid’s Barajas Airport. A few kilometres/miles away from the hotel there are many points of... Read more 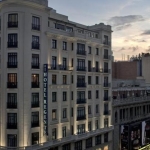 Hotel Regente is located in the very heart of Madrid, a stone’s throw from attractions such as the Gate of the Sun (Puerta del Sol) and the Royal Palace. By booking at Hotel Regente you will be able... Read more 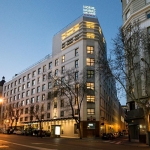 The 4-star Hotel Paseo Del Arte is a modern building in the centre of Madrid, overlooking the Calle de Atocha, few steps away from the Train Station. From the International Airport of Madrid Adolfo... Read more 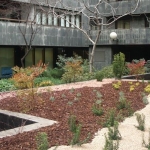 Hotel Senator Castellana in Madrid is located 10km from the airport and just 6km from the city centre. This three-star hotel is newly built in the financial and commercial heart of Madrid, and... Read more 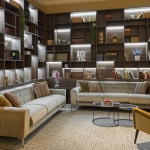 Finding a hotel in the centre of the city, able to provide all kinds of comforts, might seem impossible but it isn't for travellers who choose to stay at the Hotel Elba Madrid Alcalá. Read more 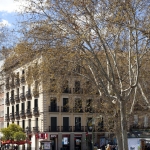 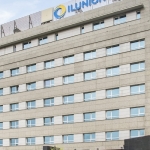 The Ilunion Pio XII Hotel is located in the business and financial centre of Madrid. Nearby the hotel you can find many points of interest such as the Paseo de la Castellana, the Santiago Bernabéu... Read more

Madrid is the capital and largest city of Spain, located more or less in the centre of the country , between the cities of Valencia and Salamanca (albeit at a certain distance). Being placed over the Castilian plateau of central Spain, the city is about 650 m above sea level.

The architecture and culture of Madrid have been greatly influenced by its history; it was in fact the capital of what was once the rich Spanish Empire. However, Madrid was not the only Spanish capital, because this was once Toledo, until Felipe II decided to move it to Madrid.

From the sixteenth century onwards Madrid has not stopped growing, and it has enriched itself with palaces and important institutions such as the Universidad de Alcalá de Henares.
It is currently one of the most interesting and cosmopolitan destinations in Europe, where there are many places of tourist interest, such as the Prado Museum, which is considered one of the most important art galleries in the world, or the Reina Sofia National Museum, with its great collection of modern artworks and some of the masterpieces of Picasso (such as Guernica), Miró,Kandinsky, Dali and Bacon.

In Madrid you cannot miss the Royal Palace, a wonderful example of neoclassical architecture, which is no longer the official residence of the Royal Family, who currently resides at the Palacio de la Zarzuela, outside Madrid.
Plaza Mayor (Main Square), that now is the seat of the Municipal Council of the Central District, is also worth a visit. Every Sunday they organize here the Numismatics Market, and during the winter many shows of street artists.

Indeed there are many tourist attractions in Madrid, so as it is not easy to draw up an exhaustive list; however, in addition to what we have already cited, for football fans we would like to mention the Santiago Bernabeu stadium, located in the north of Madrid and owned by one of the strongest football teams in the world, the Real Madrid.

If you want to discover Madrid, its historical centre and the many wonders it holds, take advantage of our special offers and book a hotel in the city. We recommend to you some of our most booked hotels in Madrid: