Enter your dates, select the room and choose out of 2029 hotels in Marrakech

The 15 best hotels in Marrakech selected for you 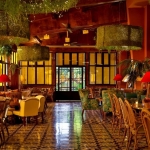 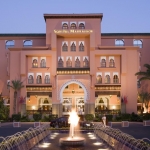 Located 800 m (2,625 feet) from Jamaâ El Fna Square, Sofitel Marrakech Lounge and Spa is an elegant 5-star hotel, perfect for an unforgettable stay. The bedrooms and the common areas of the hotel... Read more 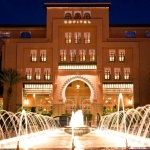 The imposing Sofitel Marrakech Palais Imperial Hotel is set a short drive either from the Marrakech-Menara Airport and the city centre. Boasting a well kept tropical park with a stunning outdoor... Read more 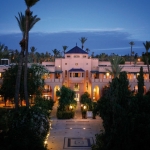 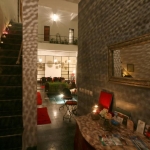 Riad La Parenthèse is located in one of the nicest and quietest areas in the Marrakech medina, a very short walking distance from the Bab Doukkala mosque. Just walk around the bend and you will be... Read more 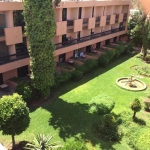 Located in the Medina quarter, the beautiful, well-appointed 4-star Hotel Chems in Marrakech is just a 15-minute walk to the Saadian Tombs, the Jemaa el-Fna Market Square and the Koutoubia Mosque. Read more 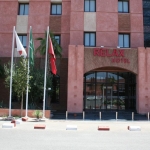 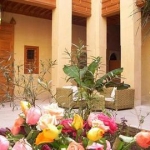 Riad Al Ksar is a beautiful townhouse of 9 bedrooms and suites in the historic centre of Marrakech. This guesthouse of charm, with refined architecture and cedar wood panelling, has a magnificent... Read more 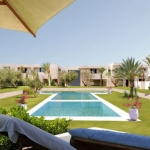 This stylish and luxurious Boutique Hotel and Spa was built in 2010, and has a total of 28 rooms and suites with private terrace, garden or pool. This hotel makes available room service (fee),... Read more 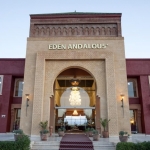 The hotel was built in a sumptuous palace. His charm and elegance make it an ideal place to spend unforgettable moments. Read more 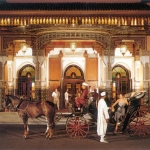 A fantastic step back in time to the twenties era of perfect service and art deco design. A hotel catering to all the needs of the elite, rich and famous. Read more 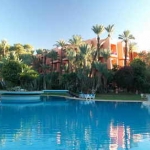 In the Semiramis hotel you will find a meeting room, a fitness center and a wellness center with steam bath and massage service. You can also play tennis and volleyball, and dance all night in the... Read more 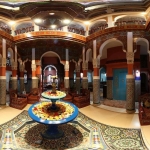 A total of 50 rooms of various categories are on offer over 5 floors at this hotel where guests are welcomed into a Thousand-and-One-Nights ambience with traditional Moroccan architecture and... Read more 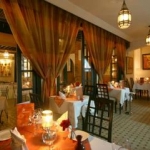 This is a boutique hotel developed over a period of four years from a complex of six small town houses and one riad by its Franco-British owners. On entering this haven of calm, guests will be... Read more 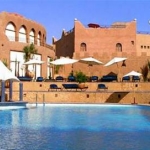 A wide choice of activities is available: a fitness center with a hammam, facial scrubs, massages and many beauty treatments and also a crossbow or rifle shooting, pétanque, table tennis, climbing... Read more

Marrakesh is a city in the center of the north African state of Morocco. Located between the mountains of the High and Middle Atlas, between the Atlantic Ocean and the desert to the south, the climate of Marrakech is hot semi-arid.
Is the fourth most populated city after Casablanca, Rabat and Meknés. Throughout the old city, the Medina, was listed as a new UNESCO heritage formation in 1985.

The phenomenon of tourism has developed a lot over the years and is a significant revenue in the economy of the city. The accommodation facilities are many and of different categories, as in the following proposals:

Wonders to see in Marrakech

This city has historical roots of Islamic tradition, and for this reason, in the Medina, the mosques are very numerous, and the greatest of these is the Koutoubia Mosque, built in 1120, with a seventy meters tall minaret, which was built about 70 years after and is much more decorated than the main complex.

The main square is, instead, Jamaâ El Fna, around which develops the old city and could be considered the nerve center of Marrakech.
During the day, in fact, a market filled with bacherelle selling goods, including fabrics ,dates, freshly squeezed orange, ostrich eggs; craftsmen are dedicated to their activities with their decorations in public, along with snake charmers, musicians and storytellers.

In low Medina, the area further south than the old city we find the Kasbah mosque containing two great mausoleums, with the Tombs Sadiane, where the tombs of al-Mansur and his children, his mother and Lalla Messaouda Mohammed al-Shaykh, the founder of the dynasty Saadi, and other tombs dating back to 1557.

Of particular beauty is, instead, the Garden Majorelle, made by French artist Jacque Majorelle, who gathered here his collection of plants from locations across the world.
Among the plants they include banana trees, jasmine, palm trees and expanses of red and purple bougainvillea, cactus, bamboo and coconuts. It 'a park to spend the day.
Today frequented by students and local families, the park is equipped with modern tools such as columns touch screen and free wifi .


How to reach Marrakech

The city is served by the train station which provides access to the cities of Fez, Rabat, Casablanca and Meknes. Marrakech-Menara Airport is served by numerous flights to the international airports of Madrid, Paris, Brussels, Copenhagen, Cologne, Bonn or Frankfurt.