Enter your dates, select the room and choose out of 3061 hotels in Paris

The 15 best hotels in Paris selected for you 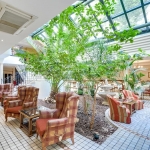 Set in the centre of Paris, the 4-star Hotel Villa Beaumarchais is tucked away down a quiet side street of the Marais district yet at walking distance to Metro Stations. Many of the hotel rooms have... Read more 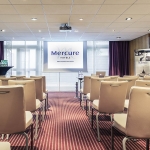 Located in the heart of Paris, the Mercure Paris Centre Tour Eiffel is perfect for those interested in visiting the French capital. This 4-star hotel is located a few steps from the Eiffel Tower and... Read more 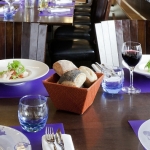 Centrally set in Paris, the Novotel Gare de Lyon hotel overlooks a small square located next to the train station, allowing easy access to EuroDisney and the south of France. This hotel is family... Read more 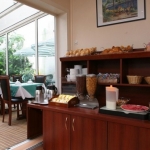 Located in the 11th arrondissement, 150 m (492 ft) from Charonne Metro Station, the Classics Hotel Bastille is the perfect solution for those interested in discovering Paris. Its location, close to... Read more 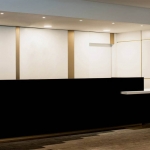 Set in between La Roquette e Le Marais districts in Paris, the Citadines Bastille Marais features stylish and modern accommodation as studios or apartments. Suiting the needs of people who want to... Read more 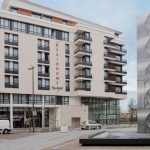 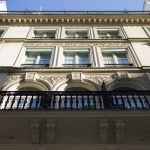 Centrally located and close to public transportation, the Lodge du Centre will allow you to easily reach the main attractions of Paris. This 3-star hotel has 50 rooms equipped with modern comforts... Read more 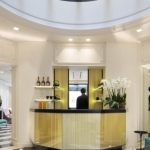 Montana is always a synonymous of class and elegance. Located in a very good position along the world famous Rive Gauche, a stone’s throw from the D'Orsay Museum, Les Invalides and other remarkable... Read more 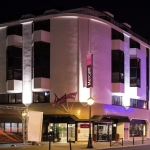 The Mercure Paris Gare Montparnasse is located in the 14th arrondissement of Paris, just 5 minutes from the Montparnasse station. All modern and spacious rooms at this 4-star hotel in the heart of... Read more 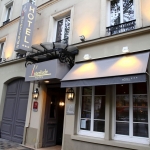 The L'interlude is a modern and elegant 3-star hotel of Paris. The property is refined and located in a quiet district of the French capital, an area of the 12th arrondissement, characterised by the... Read more 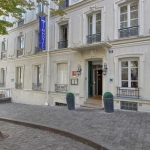 Timhotel Montmartre is a 3-star hotel located in the romantic district of Montmartre, Paris. Its location, not far from the metro station, makes it very handy for planning tours in any district of... Read more 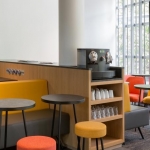 Located in the 12th arrondissement, the modern Hotel Kyriad Bercy Village enjoys a prime location in the French capital to discover its many attractions. This 3-star hotel in the Bercy district of... Read more 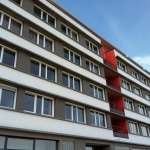 Adonis Paris Sud is situated in Chevilly business district, only 7 minutes by car from Orly Airport. Villejuif-Louis Aragon Metro Station, which provides trains going to the centre of Paris, is... Read more 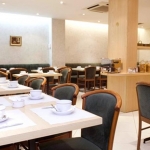 Located in the 9th district of Paris, the Grand Hotel du Havre offers comfortable rooms and a 24-hour reception. All rooms are soundproofed and feature a classic décor. Read more 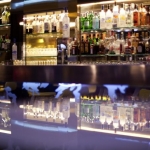 The Pullman Paris Montparnasse is a 4-star hotel located in fourteenth arrondissement, a commercial district characterised by shops and restaurants. This elegant hotel offers over 800 comfortable... Read more

Paris is the capital of France and it is located in the north of the country, in the Region of Île de France. The city is crossed by the Seine river, that divides it into two parts: the rive droite, or right bank, which is the economic, financial and political centre of Paris, and the rive gauche or left bank, which represents its cultural and artistic heart.

Paris is shared into 20 arrondissements; each of them is an autonomous administrative district, with its own municipality and mayor.

Montmartre: the artists' district, where some painters such as Renoir, Picasso, Toulouse-Lautrec and Maurice Utrillo lived. In this area there are many little restaurants, and you can see the beautiful Basilica of the Sacred Heart.

Latin Quarter: this is the student's quarter, in which there is the Sorbonne University, and also otherattractions like the Panthéon and Rue Mouffetard, a picturesque street full of shops, bookstores and cafes.

Opéra: here you can experience the commercial and financial soul of the city; in fact in the district there are numerous banks and some big historical stores of Paris, like Galeries Lafayette and Printemps, where sometimes you can enjoy special offers. Moreover, in this area you can admire the beautiful Opera House.

Montparnasse: the district, which once hosted celebrities such as Modigliani, since the '70s hasdramatically changed its face. A symbol of this mutation is probably the Tour Montparnasse, a 210 meter high tower.

Marais: the ancient Jewish quarter boasts attractions such as Place de Vosges, surrounded by arcades and cafes, art galleries and antique shops, and the Pompidou Centre. This was built in the 70s, and now houses an incredible collection of modern and contemporary artworks.

Saint Germain des près: it was frequented by some offbeat intellectuals like Jean-Paul Sartre, but it has now changed its face; inside this area you can however find out some of the cafes in which those people met.

Islands of the Seine: in the Île de la Cité, there is the magnificent Cathedral of Notre Dame, the Sainte Chapelle and the Conciergerie prison, in which Marie Antoinette was imprisoned during the French Revolution. The streets of the Île Saint-Louis are full of restaurants and antique shops.

Paris is full of attractions and places to visit, so that it would be impossible to develop a comprehensive list. Some of them, however, must be mentioned: the Eiffel Tower, that is the undisputed symbol of the city, the Champs-Elysées, which branch out from the Arc de Triomphe, whose construction was ordered by Napoleon Bonaparte in 1806.

Among the tourism attractions of Paris, that you can visit, we also mention Place Vendôme, one of the most elegant squares of the city, which was built in the seventeenth century, the Louvre, undoubtedly one of the greatest museums in the world, and the Musée d'Orsay, where you can admire some of the paintings of the leading exponents of Impressionism, as Renoir, Cezanne, Degas and Monet.

The Most Popular Hotels in Paris

A Small Guide to the Nightlife in Paris

Cabarets and clubs are some of the most important hangout spots for those loving nightlife. Besides the world famous Moulin Rouge, you can spend a nice, different evening at Crazy Horse, Lido or at Paradis Latin. All these clubs offer live shows, champagne or table dining while watching the show.

How To Reach Paris

The best way to reach Paris is surely the plane. The French capital has three airports:
- Charles De Gaulle, the main one, about 25 kilometres (15 miles) north of Paris. It is served by the world’s main carriers;
- Orly, mostly used for domestic and mid length flights towards European and North African countries. It is about 15 kilometres (9,5 miles) from the centre;
- Beauvais-Tillé, about 80 kilometres (50 miles) North of Paris. The airport hosts four low cost companies wih flights connecting european and North African destinations, even seasonal ones.
A good alternative is the train. Train is a nice and cheap way to reach the centre of Paris. Unlike airplanes, it brings travellers directly to the centre of the city, saving time and money.

How to Move in Paris

The most practical way to visit the town is the underground. The 16 lines allow to easily reach every part of the city, also linking the outskirts of town to the centre.
If you want to move quicker from ad to the most peripheral quarters you can use RER, the urban ad suburban railway system linking all the metropolitan area of the French capital. Those willing to move on the ground level can use tram or bus. There are four tram lines, travelling every 5-7 minutes. Buses reach every part of the city. Bus is also the best choice at night: there are 47 lines of night buses in Paris, serving the city until 5 AM.

The Parisian climate has rainy and mild winters, with bed weather bringing cold and snow. Rain is generally concentrated in autumn, while in spring and summer the weather is nice and temperatures are mild. The best time to visit Paris is between May and September. Not only are temperatures ideal in spring ad summer. The most interesting events occur in that time of the year.