Enter your dates, select the room and choose out of 418 hotels in Frankfurt

The 15 best hotels in Frankfurt selected for you 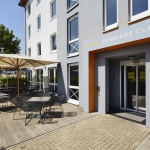 Comfort and good value for the money are the goals of the Premiere Classe Offenbach, a clean and friendly 2-star hotel set in the Frankfurt Offenbach business area. Air conditioned and soundproofed,... Read more 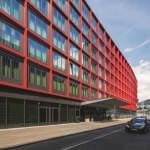 Providing high standard of comfort, the 4-star hotel Mövenpick Frankfurt is set in the city centre, next to the trade fair Frankfurt Malle and the Festhalle Messe Frankfurt. The hotel features... Read more 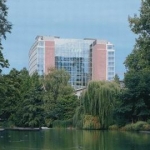 Hilton Frankfurt City Centre offers guests high quality amenities such as an elegant spa with an indoor pool and a modern gym. Here you can find a sauna, hot tub and fitness equipment. Read more 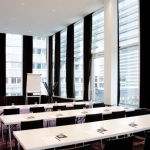 Get away from it all and rejuvenate yourself in Roomers, a luxury hotel with spa in Frankfurt. The hotel immediately makes a statement with its bold avant-garde decor. Read more 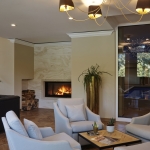 The Kempinski Hotel Frankfurt Gravenbruch is a luxury class accommodation in Neu Isenburg, only 7 kilometres driving from Frankfurt am Main and about 12 from the International Airport in Frankfurt. Read more 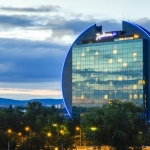 The Radisson Blu Frankfurt Hotel in Germany is located within the city of Frankfurt and 14 kilometres from Frankfurt Airport. It offers quality services, various delicious menus that the visitors... Read more 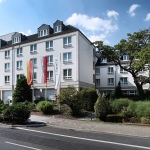 The Lindner Congress Frankfurt is ideal for businessmen travelling for work. This four star hotel is located in the Höchst district of Frankfurt, only 10km from the city centre. Read more 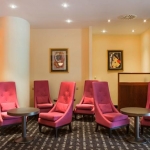 Savigny Frankfurt City is located close to the Frankfurt's main train station. Its location and the services offered make the hotel ideal for both tourists and those travelling for business reasons. Read more 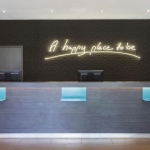 Linked to the airport by shuttle service, the 4-star hotel Park Inn by Radisson Frankfurt Airport features high quality services in a colourful and classy setting. The soundproofed rooms are... Read more 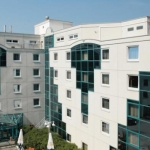 4 star hotel situated in the commercial centre of Langen, to the south of Frankfurt and just 20-minutes away by car to Frankfurt International Airport. There is an excellent choice of transport... Read more 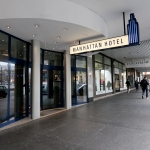 The Manhattan Hotel in Frankfurt is set close to the Frankfurt Central Station, at walking distance both from the Messe fair and the city centre. This affordable hotel features bright guest rooms... Read more 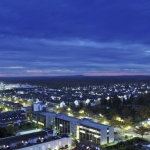 The Best Western Hotel in Neu Isenburg is handy both for the the Frankfurt Airport and for the city centre. Suitable for a stop over in Frankfurt, this 4-star hotel is set next to the... Read more 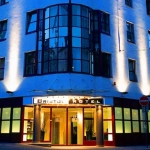 Centrally set in Frankfurt, the Bristol Hotel is a just short walk away from the Frankfurt Main Train Station. Set close to the Frankfurt Trade Fair Centre, the banking district and many Frankfurt... Read more 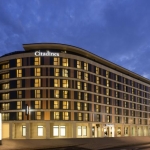 A short drive from Frankfurt's iconic Roemer, this new hotel has a central location that will suit business travellers as well as tourists. The Citadines City Centre Frankfurt is situated just... Read more 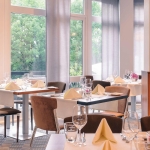 Mercure Hotel Frankfurt Airport is located near the Frankfurt Airport, which is easily reachable by a free shuttle. Only 5 km (3 miles) from Germany biggest airport, this modern property offers a... Read more

Frankfurt am Main, or simply Frankfurt, is located in the west of Germany, and it is capital of the Hesse Region. The city is crossed by the Main river, which divides it into two parts. The city is considered the financial centre of Germany: in fact here is located one of the world's major stock exchanges. Frankfurt was largely destroyed by bombing during the Second World War ; only some of the destroyed buildings were rebuilt immediately after the war. Many of these are are placed in the centre of Frankfurt, as the Römer, which now is the city hall of Frankfurt, and the Paulskirche, which was the Church of St. Paul. After the reconstructionm, the church lost its religious function, and since then it has been used as a place for exhibitions and cultural events. Another building completely rebuilt is the house of Goethe, the most famous German writer who was born in Frankfurt; near his home it was built a museum that takes its name from him, where there are several artworks of the eighteenth and nineteenth century . Worth visiting are also the Römerberg, where there is the Römer: this is the largest square in Frankfurt, where every year they organize the famous Christmas markets. In the centre of the square you can find the Fountain of Justice, where people celebrated the coronation of new emperors. In Frankfurt you can also visitis the Cathedral, which in German is called Sankt Kaseirdom Bartholomaus, dedicated to St. Bartholomew.

Our top hotels in Frankfurt: