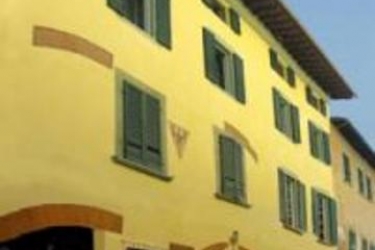 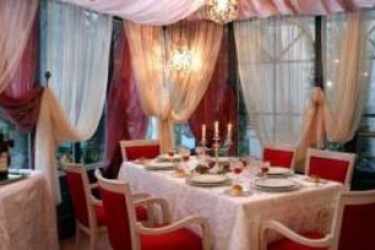 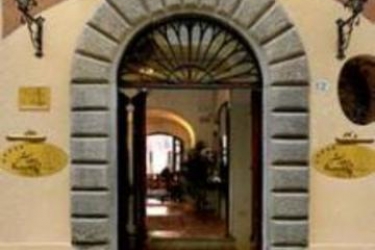 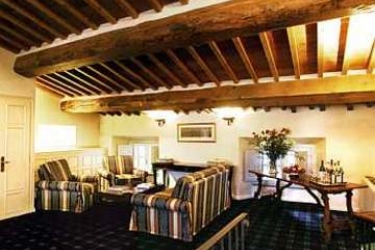 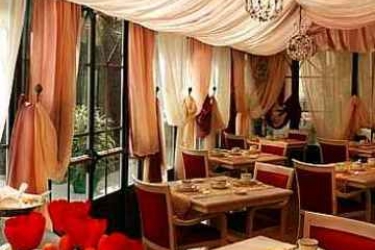 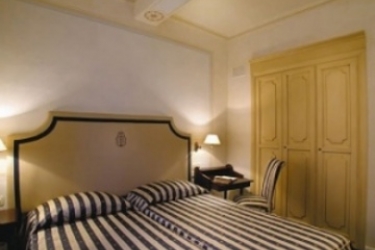 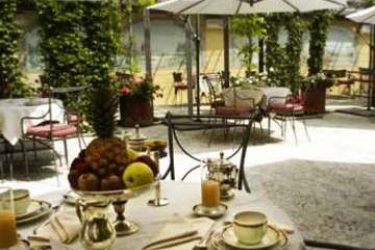 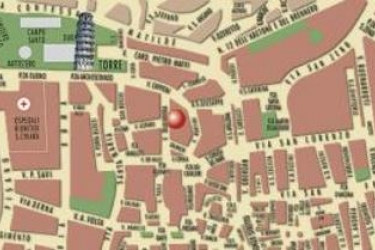 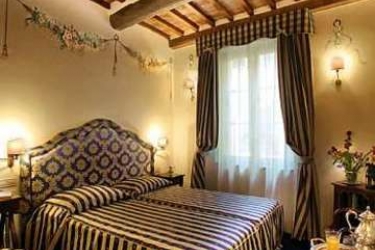 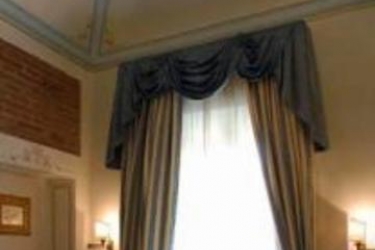 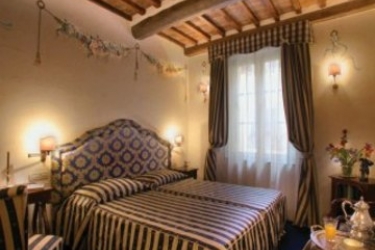 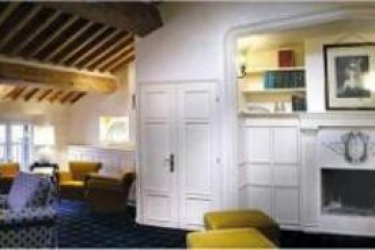 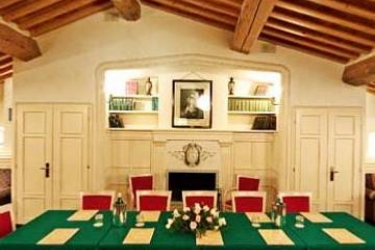 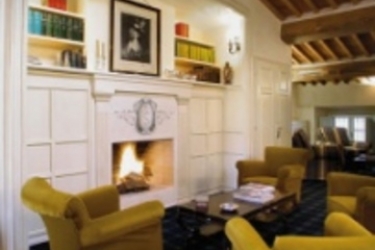 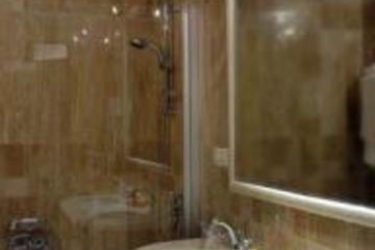 Under the attentive supervision of the Office of Monuments and Fine Arts, a team of architects has performed a painstaking and admirable restoration of the original fourteenth-century fortified tower house structure. Now the prestigious and warm residence with twenty-one comfortable bedrooms, two suites and two Junior suites offers echoes of the original building. The large halls are decorated with extraordinary charm and are well suited for meetings and exhibitions in a charming atmosphere of yesteryears. At the rear there is a romantic garden offering truly suggestive settings for open air breakfasts and receptions. The Relais is a place of great prestige, where the management will ensure the welcome of our honoured guests in a manner worthy of the settings of a noble house; they will be at their complete ease in an unforgettable atmosphere which will induce them to return again and again.

Based on 728 guest reviews

Once upon a time the first person to dwell within my walls and my fortified towers was a fearless captain warrior (condottiero). Over the centuries, I have witnessed historic events that have changed the rhythm of life in my city and the entire world. I recall the famous sentence from Dante’s XXXIII canto of the Inferno recounting the ill fated life of Count Ugolino who lived in another fortified tower not far from here: “La bocca sollevò dal fiero pasto...” (Lifting his mouth from his horrendous meal...) I remember the architect Vasari who, in the 16th century, redesigned the ancient Piazza delle Sette Strade. He combined urban planning with art as only he knew how, he joined the fortified Torre del Conte to the adjoining house and created an arch which covers the road beneath. I have been named after the clock which has marked the passing of time ever since Vasari set it over the arch.Vasari also decorated the old civic building with monochrome engravings and called it: Il Palazzo della Carovana, which since the nineteenth century has been the see of the Scuola Normale Superiore which is recognised all over the world as one of the most prestigious institutions of higher education. Thus was born Piazza dei Cavalieri a square of rare charm which, even today, rivals in beauty the nearby and best known Piazza dei Miracoli. Thousands of students have come and gone through our University, some of them have helped to shape the history, progress and the civilisation of mankind. Amongst the many, I recall with particular affection a tender, frail boy who I used to see from a window opposite to mine; he was always writing wrapped in shawl.One day, as he passed by, I glanced amongst his many papers, a sheet which had been corrected in his minute handwriting. They were the verses destined for immortality: “Silvia rimembri ancora quel tempo della tua vita mortale...” (Silvia do you still remember the time when you were alive...). From a plaque which is now placed under that window I know that he was the famous poet Giacomo Leopardi.I am ready to give hospitality in my beautiful rooms to many visitors and I shall be able, at long last, to tell this and many other stories to the many new friends who will come and enjoy my house.

The Relais Dell'Orologio hotel is situated just a stone’s throw from the most beautiful squares of Pisa such as Piazza dei Miracoli, Piazza dei Cavalieri and the sunny Lungarno from where visitors will see many museums and architectural attractions, such as the wonderful little church of Santa Maria Della Spina. Few kilometres away, guests will find the Natural Reserve of San Rossore, the Romanesque church of San Piero a Grado and the Carthusian monastery of Calci.

Hallet’s Restaurant offers a traditional Tuscan cuisine prepared in a more fashionable way. The restaurant also has a wide selection of local, Italian and international wines. The careful selection of products, which is at the base of each recipe, together with the expert and traditional cooking techniques, enhances the basic ingredients, thus holding the original flavour and giving life to dishes prepared according the seasons. During the summer evenings, in the garden, we serve suggestive candle lit dinners accompanied by live music. Close on Monday. Breakfast time: from 7:30 to 10:00.

Our Relais is centrally situated just a stone’s throw from the most beautiful squares in Pisa: Piazza dei Miracoli and Piazza dei Cavalieri in the heart of the university campus. Only a few minutes walk from the Relais there is the sunny Lungarno from where one can see many museums and architectural curiosities, such as the wonderful little church of Santa Maria Della Spina. Only a few kilometres away there is the Natural Reserve of San Rossore (once a royal estate and now a presidential residence) which reaches gently towards the sea. Also nearby are the Romanesque church of San Piero a Grado, and the Carthusian monastery of Calci. Less than half an hour’s drive there is Lucca with its imposing city walls, the fashionable Versilia Riviera and the ever colourful Leghorn. In the hotel there is a convenient private car parking. In short, its boasts a location which guarantees a stay that satisfies the most diverse interests.

I originally booked this hotel but received an email from hotelsclick the day before my stay saying 'i regret to inform you that due to unforseen circunstances the hotel will not be able to honour this booking therefore we have found alternative accommodation for you at the following hotel' even though the site states instant confirmation. i was left in a really difficult situation and not to mention it ruining my holiday. there was only one alternative hotel available which was 200 metres away from the original hotel and i had no choice but to book it. there was no clear explanation or apology given, i was told it was a double booking yet the hotel was still available to book on the website. i was given a 50% reduction for rebooking with another hotel but this still doesn’t compensate for the experience i had. appalling service, avoid!!

Lovely hotel with great helpful staff. room nice but very small; beautiful bathroom but no tea / coffee facilities in the room. turn down service in the evening, great quality bedding.

We stayed for just one night in pisa as we arrived late and wanted to see the tower before leaving the next day. the location of the hotel is fantastic and the reception staff were very friendly. however the room was so small and it seemed to be impossible to switch off the airconditioning, which resulted in a disturbed night's sleep. 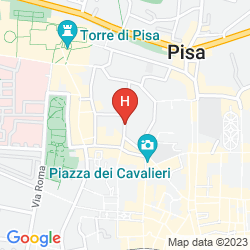