Enter your dates, select the room and choose out of 1622 hotels in Barcelona

The 15 best hotels in Barcelona selected for you 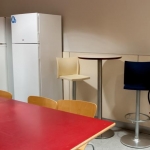 The Youth Hostel Pere Tarres, in Barcelona, is a youth oriented hostel, perfect for youngsters. This modern property of recent construction offers 240 beds, and is located in the commercial district... Read more 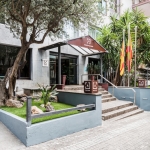 The Hotel Arenas Atiram is located in a strategic position, only 200 metres (656 ft.) from the famous Diagonal Avenue, where you will find many restaurants, shops and clubs. Read more 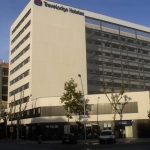 The Travelodge Barcelona Poblenou is located in Sant Martí, only 5 minutes' walk from Llacuna Metro Station. Nearby the hotel you can find many bars, restaurants and shops. Read more 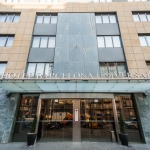 Barcelona Universal Hotel is located in the heart of Barcelona, close to points of interest such as the MNAC Art Museum, the Magic Fountain of Montjuïc, Las Ramblas. This comfortable 4-star hotel in... Read more 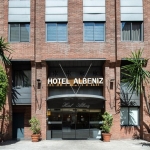 The Catalonia Albeniz is located on Calle Aragón, 150 m (492 ft) from Clot Train Station. Nearby the hotel there are numerous points of interest such as the Sagrada Familia Church, Glòries Shopping... Read more 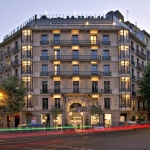 Housed in a 19th-century building, the Axel Hotel Barcelona & Urban Spa is located in a gay-friendly area of Barcelona known as the Gay-xample. Perfect for gay couples, who want to spend a pleasant... Read more 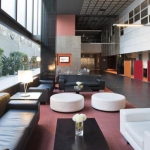 The hotel Ilunion Barcelona is located only 10 minutes' walk from Bogatell beach, while the CCIB Conference Centre is 2 km away. This 4-star hotel in Barcelona will ensure you a pleasant stay: all... Read more 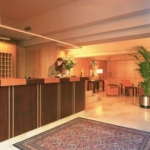 The Via Augusta is the ideal hotel for those interested in spending a holiday in Barcelona full of culture, shopping and good food. Located in the Gràcia district, the hotel is only a 5 minute-walk... Read more 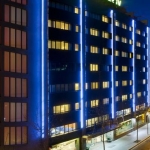 Sallés Hotel Pere IV is located in the Poble Nou district, a short distance from the lively area of Port Olímpic and Barcelona's beaches. Every morning you will find a rich breakfast buffet, while... Read more 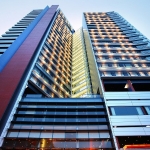 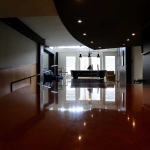 The 2-star rated Hostal Lami is in the fringe of Barcellona, set near the F. C. Read more 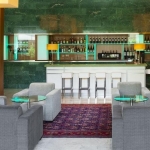 The Aparthotel Atenea Barcelona is a modern building, close to the Avinguda Diagonal, the elegant shopping avenue, and a 10 minutes' walk from Barcelona FC’s Camp Nou Stadium. The Atenea offers... Read more

Explore the heart of the city from the comforts of the Hotel Atlantis in Barcelona. All rooms are fitted with private bathroom, air conditioning, television and free Wi-Fi. Read more 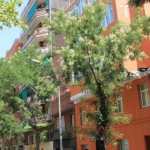 Set a short walk from the Sagrada Familia, the H TOP BCN City Hotel in Barcelona provides basic and affordable accommodation. This tiny 2-star hotel is located near the Hospital Sant Pau and the... Read more 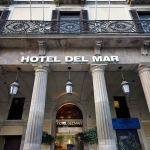 Located in the heart of Barcelona, the Hotel Del Mar is housed in a historic building, close to the Gothic district and the beach. Situated in the district of Ciutat Vella - Barrio Gotico, this... Read more

Barcelona is the second largest city in Spain, after Madrid, it is in the north east of the country near the city of Girona and Valencia.Barcelona is known for being a global city and a place where young people could enjoy their vacations, thanks to the great number of discos, pubs, bar, cinemas, theaters, restaurants and shops.

Here are some of our top seller hotels in Barcelona:

What To See In Barcelona

In the city there are manyattractions, but since that time is running out, we've compiled a list of those you should not miss.

The quarter of Barri Gòtic is very nice and is the center of the Old Town (Ciudat Vella), with its little and narrow medieval streets full with shops and tapas restaurants, offer to the visitor an authentic view of what would be like living in the city a century ago, in that area you can find many churches, like the 14th century Cathedral of the Holy Cross and Saint Eulalia totally in gothic style, is dedicated to the patron saint of the city, the Church of Santa Maria del Mar was built in XIV century and it's definitely a stunning exemple of catan gothic. The internal architecture gives an impression of brightness and spaciousness, it has got a rose window in Flamboyant style.
The Chrurch of Santa Maria del Pi, which is a medieval building in gothic style, is dedicated to Virgin Mary. It's very similar to Santa Maria del Mar for the external architecture, however the church of Santa Maria del Pi has a different structure of the bell tower, that is octagonal in shape.
Designed by the famous architect Gaudi, the Sagrada Familia is the symbol of the city. Still under construction, the Sagrada Familia is rich in symbolism and colors and impress the visitor with its size and complexity of style, a fusion of modernism and neo-Gothic.

In the quarter of Barri Gòtic you can find the Picasso Museum, which hosts about 3500 paintings of the the famous cubism artist and the Museu d'Historia de la Ciudad, whichtells visitors the story of Barcellona from ancient times to present day. Then, there is the Mercat Gotic d'Antiguetas, a market organised on thursdays in front of the Cathedral, very interesting for people who like antiques.
Moving to Montjuïc, the hill overlooking the city, you can find the Fondació Joan Miró where you can admire paintings and sculptures of the artist. We recommend this museum especially for its park, a special place for a picnic or a stroll admiring the view of the city.
Another nice museum to visit in Barcelona is the Museu Nacional d'Art de Cataluniya, set in the beautiful Palau Nacional. This museum has the largest collection of Romanesque art in the world with frescoes from all the churches of Spain, old coins collections and engravings.

Barcelona has been chosen by the architect Antoni Gaudì as his studio: in fact he designed and built in the city many buildings like the Casa Batlló, in the modern quarter of Eixample, a reunion of Modernism and Art Nouveau with a façade decorated with a mosaic made of broken ceramic tiles; Casa Milà, a residencial building well known for its controversial design. Casa Vicens is a family residence redesigned by Gaudì at the beginning of his career. It has a remarkable Moorish influence (red bricks near coloured ceramics).
Another example of strange building to see in Barcelona is the Palau de la Música Catalana designed and realized by the architectLluís Domènech i Montaner. The building is totally made in red stone with decorations of coloured glass and crystals for creating the impression that it is wrapped by flowers and plants typical of the place.
Another huge project that was directed and developed by Gaudì is the Park Güell a garden complexe with architectural elements situated on the hill of El Carmel. Gaudì's concept was to create a green area for people who live in the city, a green space for walking, playing and enjoying free time with friends. The remarkable elements of Park Güell are the entrance of the park, the main terrace, the Dragon fountain, the square and the Gaudì House Museum.

Barcelona offers for shopping lovers one of the longest pedestrian streets in Europe, Las Ramblas. Las ramblas are ideal for evening strolls and shopping, and, animated at any time of day or night from street artists, singers and actors, you can find here the best shops and restaurants. There are also markets, such as Mercat de la Boqueria which collects traditions and tastes from all over the world. The city has several chains of shopping malls and department stores, among them there El Corte Ingles which sells all the usual Spanish souvenirs and all manner of items for the home, for hobbies and apparel.

Where To Eat In Barcelona

There are restaurants for every budget! From luxury places like Botafumeiro that prepares refined dishes based on fish, Paco Meralgo, a Spanish restaurant that offers dinners based on tapas but also of other local dishes. If you prefer the chains of fast food for quick and cheap meals Barcelona has all the largest international chains: Mc Donald's, Burger King, Betty's Burger, Kentucky Fried Chicken and Donut, but there are also Spanish fast food offering sandwiches and delicious salads as Pans which also has the patatas bravas (fried potatoes with garlic sauce).