Hotel Islazul Lincoln is located in Havana, a few steps from the Havana's Malecon seaside promenade. The hotel is situated in a great location which allows easy access to the historic centre of Old Havana, a World Heritage Site. Rooms at Hotel Islazul Lincoln are simple, clean and tastefully decorated. At the hotel restaurant guests can enjoy local and international dishes. It is in the lobby of this hotel that Juan Manuel Fangio, the famous racing car driver, was kidnapped in 1958. Room 810 has been preserved as it was during his stay and is open to visits for hotel guests. Spend a pleasant evening in the hotel's terrace listening to Cuban music and dancing. Hotel Islazul Lincoln is located 18 km away from the international airport of Havana.

This hotel is located in the city centre of Havana.

The Hotel Islazul Lincoln offers a relaxing bar. Guests can use the hotel's restaurant.

The Hotel Islazul Lincoln offers the use of a TV in the rooms.

The hotel is a bit dated and basic. it isnt a 3 star compared to international standards but the staff were really lovely, friendly and helpful.

Hotel was nice. breakfast was simple and a bit of a let down. views of city were lovely. area that it was in was kind of central... short walk to the main promenade but didn't feel comfortable walking around at night.

Get what you pay for

Hotel needs refurbishment or at the very least some decent repairs doing. i did temporary repairs to the bed and the toilet. the staff knew about the bed so don't know how long they plan on keeping it in that state. on the plus side, its cheap within walking distance of a lot of the main plazas and its a reasonable breakfast. the live music in the bar on saturday night is very loud - don't expect to get to sleep early. it was ok for one night but not for any longer.

I booked this hotel for 3 days until planned the rest of our trip. it was awful and a very unpleasant introduction to cuba. my friend was arriving 3 hours after me which i explained to reception staff who took the paper with the info and put it with my room info. when my friend arrived he was put in a different room and took 2 days to find him. totally fobbed off by staff. a very upsetting and worrying experience . the place is dirty and the rooms disintergrating and as for the service.... there isn't any. the noise is bad but i can cope with that but the knocking on room doors throughout the night is not acceptable.

First room given to us was a building site but hotel was full so we had to stay in it, the next day we were given a slightly better room but very basic. building work was going on two of the floors and they started early !

breakfast was simple but the staff were non-attentive, on the last day there breakfast area was full and the staff did everything to not take notice of us.

the hotel was located close to the old area of havana but after walking about for a day we spotted several more central hotels which certainly looked better than the lincoln.

This hotel is terrible, i'm not a hotel snob by any standard but this hotel is appalling. the rooms are filthy, the beds are uncomfortable, the pillows are thinner than a slice of bread. then it got worse, i stayed there for 7 nights and never got a hot shower, plus the shower head was broken, the toilet consistently blocks up and it was so noisy due to the hoards of people drinking and yelling out the front of the hotel all night, but that's ok because the staff were rude, and modified bar pricing to suit their mood, as well as horrible food for breakfast. i really have nothing positive to say, location was good, that's all.

If you really need to go there, be prepared

The hotel is in a quite impressive building and i would say also very close to the havana vieja, so in a very good position. the hall is also very nice and the staff helpfull but unfortunately the rooms are horrible and it seems they are falling down around you. very badly manteined. we booked 3nights at a very good price, so i you really dont have a choice, go there but please be prepared as quality is really bad and i would say hotel is not even 1star.

there is an absolute highlight and it is the place where the breakfast is served. the view worth it :)

A basic, but perfectly adequate hotel with high standards of cleanliness even though the rooms are a little worn. the location is perfect, within easy walking distance of both the old town and the university area. the reception staff were helpful and friendly.
the included breakfast had a good choice and was served on the terrace on the 9th floor offering spectacular views of the city. the only downside was that 2 days the lift was out, needing exercise getting to breakfast!
there were few frills at the hotel but recommended for a short stay on a limited budget. 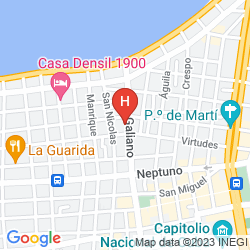