Enter your dates, select the room and choose out of 139 hotels in Tallinn

The 15 best hotels in Tallinn selected for you 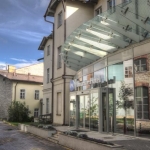 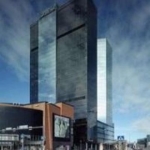 The hotel is a luxury hotel and also has a spa. The hotel boasts fitness facilities, indoor pool and saunas. Read more 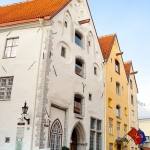 Located within the walls of Medieval Tallinn, The Three Sisters Hotel enables travellers to explore the history of Old Town without sacrificing style, convenience and luxury providing all the 5 star... Read more 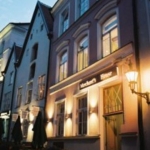 This 3-storey hotel is housed in a building that dates back to 1500 and underwent renovation work in the year 2005. It comprises a total of 37 rooms including 5 suites and facilities include an... Read more 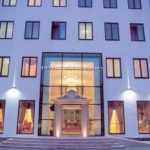 This 5-storey air-conditioned city hotel was renovated. There are a total 82 rooms. Read more 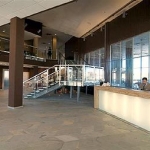 The hotel offers stylish interiors and 2 beauty salons. The stylish restaurant serves a varied breakfast buffet and boasts a panoramic view over the harbor. Read more 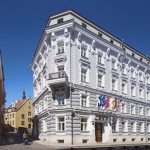 Dating back to 1878, this luxury 5-star hotel offers free access to Wi-Fi network and provides an indoor pool and an exclusive spa. The spa facilities include a sauna, jacuzzi and steam bath. Read more 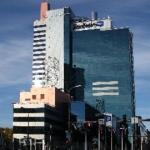 The city hotel was built in 2001 and has been completely renovated since then. It consists of 280 rooms on 24 floors, of which 266 are doubles and 14 are suites. Read more 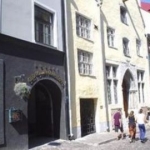 The hotel offer 2 20-capacity meeting-rooms, The sauna in the rooftop has a Jaccuzzi where you can enjoy stunning views of the Old Town Read more 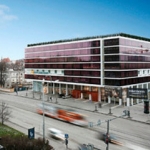 The hotel offers an indoor swimming pool. At the Nordic Forum you can enjoy a variety of free amenities, including a sauna, a steam room and a spa tub. Read more 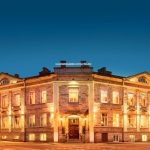 The Von Stackelberg Hotel Tallinn is the ideal place to spend a pleasant and relaxing stay, whether it be a pleasure trip or a business trip. The hotel offers to its guests numerous services such... Read more 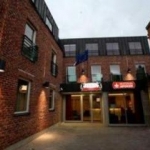 The hotel was opened in 2007 and includes a restaurant, a bar and a library. If you are looking for personalized service at the Old Town of Tallinn, this hotel is always a safe choice. Read more 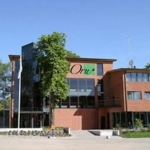 The staff at reception, available 24 hours on 24, will assist customers with luggage and car rental services. On site there is also a hairdresser. Read more 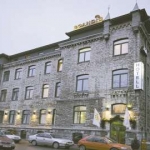 This hotel is spread over a main building with a total of 53 rooms. Facilities include a lobby with a reception (open 24 hours a day), safe, currency exchange desk, a lift, a bar, a pub, a... Read more 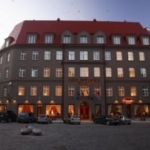 The Savoy Boutique hotel is located on the former main thoroughfare to Tallinn's charming Old Town. Housed in a historic building, guests can savour the welcoming atmosphere while enjoying a drink... Read more

Tallinn is the capital and largest city of Estonia. Tallinn's Old Town is in the list of UNESCO World Heritage Sites. It is ranked as a global city and has been listed among the top 10 digital cities in the world.

It is situated on the northern coast of the country, on the shore of the Gulf of Finland, 80 km (50 mi) south of Helsinki, east of Stockholm and west of Saint Petersburg. The only significant river in Tallinn is Pirita River in Pirita, a city district counted as a suburb. The largest lake in Tallinn is Lake Ülemiste. It is the main source of the city's drinking water. Lake Harku is the second largest lake within the borders of Tallinn. A limestone cliff runs through the city. It can be seen at Toompea, Lasnamäe and Astangu. However, Toompea is not a part of the cliff, but a separate hill.

The main attractions are in the two old towns, Lower Town and Toompea, which are both easily explored on foot. Eastern districts around Pirita and Kadriorg are also worth visiting and the Estonian Open Air Museum in Rocca al Mare, west of the city, preserves aspects of Estonian rural culture and architecture. One of the biggest attractions of the city is Kadriorg Palace, 2 kilometres east of the centre and is served by buses and trams. The former palace of Peter the Great, built just after the Great Northern War, now houses the Art Museum of Estonia, presidential residence and the surrounding grounds include formal gardens and woodland.

The city was a European Capital of Culture for 2011, along with Turku in Finland. From the airport you can easely reach London, Vilnius, Istanbul, Mosca and other major European cities.