In the area where the Airth Castle stands today, there used to be a 12th century cemetery, an old church and finally an old castle. Without any doubt, this elegant 4-star hotel, nestled in the beautiful Scottish countryside near Falkirk, has an intense and rich past of events behind it, so much, up to the point to be considered one of the most haunted hotels not only in the United Kingdom, but in the whole world. Witnesses often refer to a female figure, probably a nanny accompanied by two children, wandering around the corridors. According to a legend, they all died inside the castle walls, trapped by the flames of a fire. Other guests report hearing a maid raped by the owner of the castle scream. But undoubtedly the most famous ghost is that of a dog that would even bite the unfortunates who have the misfortune of meeting him. Truth or fiction, Airth Castle is today a gorgeous 4-star hotel with an adjoining spa that. Besides the ghosts stories, it is appreciated by guests for the high quality of the services provided. Check availability and rates for Air Castle.

Based on 2310 guest reviews

The hotel also features all the leisure facilities as well as elegant public areas and a SPA, elegant areas and a cocktail bar.

The lobby is the entrance to the castle and is small, but traditional.

The building dates from the 14th century. From the outside it has weathered stone walls surrounded by 12 acres of mature woodland. The earliest part of the castle - the west wing, was a simple stone tower or keep. It was later built on the z-plan characteristic of scottish fortified houses in the 16th and 17th centuries. There is a new annex which was originally the stable block and is now where the majority of the bedrooms and conference rooms are.

Airth Castle boasts 125 rooms and suites, located either in the original castle or in the main hotel building. All rooms have super-comfortable beds, private bathroom with bathtub and shower, digital TV with satellite TV, and a practical desk with free wi-fi, luxury toiletries, hairdryer, iron and trouser press.

The elegant restaurant is located in the main castle building.

This hotel is situated in Airth 38 miles from Edinburgh city centre, close to the M9 motorway, and also within easy reach of the historic city of Stirling.

Hotel room had plumbing problems. noise so loud we had to move room at 3:30am. no rooms left in the hotel so needed to walk outside grounds to new room in the castle. staff polite however grill restaurant service was poor and the restaurant was freezing cold as the heating was broke. looked forward to so a day only to find the jacuzzi was colder than the pool. shame as the hotel was very nice.

I was bitterly disappointed with the room allocated to my self and my husband. room 5 in the castle to be precise! we booked what i thought was a luxury castle room at £179.00 and were given the worst hotel room i have ever seen in my life! so bad. i would not have let my dog sleep there!

Friendly staff, clean comfortable rooms and great food. i would recommend this hotel to anyone looking for a relaxing break.

I booked here for my wife's birthday celebration with 2 old friends--- she joined us in our sixties! and so booked overnight accomodation and dinner.we all had a fantastic time and were well looked after by all staff. there was no rush either at dinner or breakfast, so thank-you!! 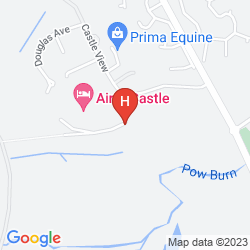