Based on 471 guest reviews

The hotel offers a congress centre with different types of rooms (capacity up to 300 people) all air-conditioned and equipped with modern technologies. Free shuttle bus service to and from the fair district in Bologna during major exhibitions.

The Grill Restaurant, open bar and express pizza service are available to satisfy your appetite.

The Admiral Park Hotel is situated in Zola Predosa, on the west side of Bologna, and is immersed in a picturesque vast park. The Admiral is approximately 15 minutes' drive from either the city centre, the exhibition district, the central railway station and Bologna International Airport. 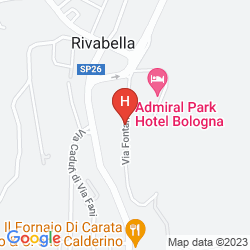