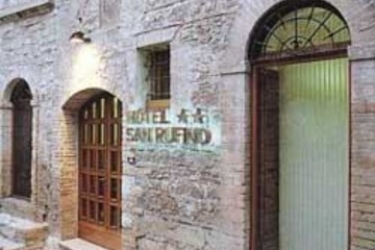 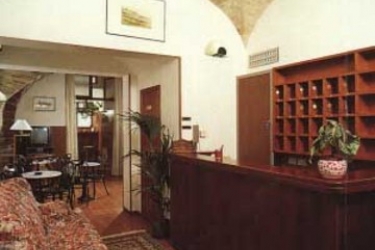 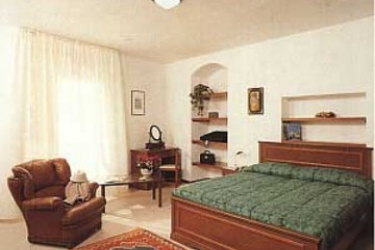 In addition, the hotel has a free car park as well as a pay car park just 100 metres from the hotel and a coach park 300 metres away. Assisi, the home of Saint Francis and Saint Clare, a land of spirituality and history, looks forward to welcoming you to a relaxing and culture-filled stay.
Its central position in Assisi makes the hotel an ideal base for visiting the major historic and religious monuments in Assisi, which include the fortress known as the Rocca Maggiore, the Basilica of San Rufino, Piazza del Comune (the main square) and the Basilica of San Francesco. Hotel San Rufino lies in one of the most intact and atmospheric mediaeval districts in Assisi, which has barely been touched by mass tourism and is visited only by those in search of the tranquillity and harmony bequeathed by Saint Francis himself.

The Hotel has 11 standard rooms plus 9 rooms in the adjacent annex of Albergo il Duomo (same building), served by a lift and all with direct phone line, TV and en-suite bathroom.

The Hotel has a comfortable breakfast room where guests can enjoy a continental breakfast from a well-stocked buffet. For anyone wishing to have half board or full board, there is a special arrangement in place with the restaurant at Hotel la Rocca, located just a few metres away from the hotel.

The Hotel San Rufino is perfect for who wants to travel by car. The hotel is suitable for large and small groups. 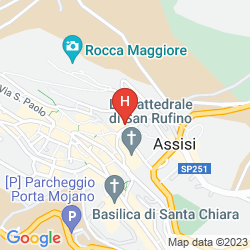