Perfectly located for an exciting city break in Paris, the YOOMA Urban Lodge is handy for the Tour Eiffel and set close to two metro stops. Resuming the ‘70s style, the informal façade of the YOOMA hotel, outstands between the severe blocks of the 15th District. Following a strict green policy, the hotel grows fresh produce on the vegetable garden in the roof. Designed to fit the needs of smart travellers, the YOOMA Urban Lodge guest rooms are fitted aiming to retain the guest's privacy, even in cohabitation. Fitted with functional furnishing, the guest rooms all feature air conditioning and heating, wide screen TV with multilingual channels, fast and reliable Wi-Fi Internet connection, safe box and desk. The bathrooms have rainfall shower, toilet, large basin, hairdryer and complimentary toiletries. Family rooms are provided with bunk beds as well as pods, connected rooms are available on request. The complimentary buffet breakfast is a mix of hot and cold dishes, served at the hotel restaurant, which proposes French and International Cuisine and organises Cooking courses for the guests. At the YOOMA Urban Lodge there is also a modern fitness centre and a sauna. The hotel is reachable by public transport in about 30 minutes from the Paris - Orly Airport.

Based on 73 guest reviews 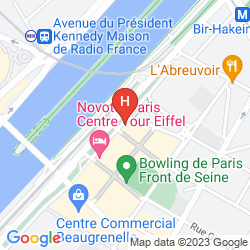