Private parking is possible on site (reservation is not needed) and charges are applicable daily. Electric vehicle charging stations are also available. Pets are not allowed. The property offers a variety of activities, such as: mini club (surcharge), water sports equipment (on-site), nightclub/DJ, billiards, casino room and games room.
Located on the Larvotto Peninsula and surrounded by 4 hectares of seafront gardens, this beautiful hotel is located in the heart of the French Riviera, in a chic and fashionable setting.

The hotel is in neo-classical style, supported by arcades and colonnades.

Most of the rooms offered by the Hotel are sea view and contemporary style, heated by Mediterranean tones, with prestigious furniture.

The hotel has 4 restaurants (2 in the hotel and 2 in the gardens) and a bar with a terrace overlooking the sea. The cuisine offered is of the highest quality and generally offers sea and Mediterranean specialities.

This was our second stay at the monte carlo bay hotel, having previously stayed in april 2009. we loved the hotel and were really looking forward to returning, especially during the summer months. we had to change our booking at the last minute and therefore ended up paying for 4 nights when we only stayed for 2, despite this our room was not ready when we arrived around 1.30pm although we had phoned ahead to advise of our arrival time. when we did eventually get into the room, my son cut his foot on a piece of glass that had been left on the carpet. i immediately contacted housekeeping but had to specifically ask them to hoover the carpet to ensure there was no more glass; they also did not clean up the blood on the bathroom floor until the next day. despite informing me of their intention to contact the duty manager, they did not, and i therefore spoke to reception myself. the manger did get back to me later that day and sent up a packet of sweets (haribos), an apple juice and a bottle of water as compensation!!
in contrast to our previous stay, the service was generally very slow in the restaurants and around the pool; many of the staff were unhelpful and offhand. breakfast was quite good but many of the breads, pasties and fruits ran out by around 9am and were not replenished. the milk and coffee in our room was also not replenished and i had to ask twice before they sent up some more. there were limited uk tv channels and in house movies were priced at 15 euros each and wi-fi connection was charged at 10 euros/hour.
the pool and lagoon however were fantastic and my son spent hours just swimming round and exploring all the pools. i would probably go again, just for the location and pools but would explore other options. 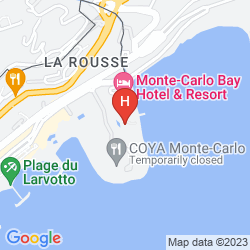