Enter your dates, select the room and choose out of 33 hotels in Monaco - Monte Carlo

The 15 best hotels in Monaco - Monte Carlo selected for you 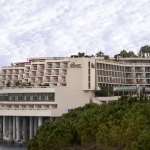 Standing out as certainly one of the largest and most exclusive hotels in the city, Hotel Fairmont Monte Carlo is equipped with modern amenities. The hotel features a bar and two restaurants. Read more 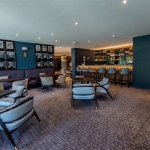 Established in 2001, hotel Columbus is a 3-star hotel strategically located in the peaceful and residential area within Monte Carlo's city centre next to the palace. Eating, drinking and physical... Read more 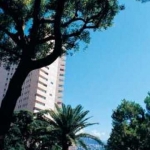 This hotel is a very good property, offering a good service. Read more 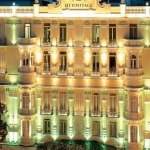 The hotel has a private beach and offers a wide range of activities, including: a mini club, a casino room, a golf course (within a 3 km radius, for a fee) and a tennis court (for a fee). Read more 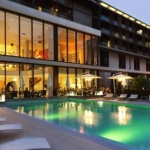 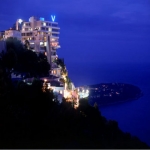 Famous for its exceptional location, overlooking the Mediterranean Sea, from the Principality of Monaco to the Italian Riviera, the Vista Palace Hotel offers one of the most spectacular views of the... Read more 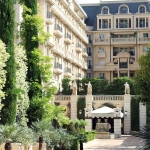 The Metropole Hotel in Monte Carlo has been able to recreate the splendor of the Belle Epoque, while offering the best advantages of a modern luxury hotel. The new pool area completely covered... Read more 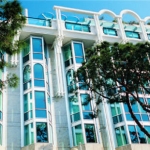 This is an exceptional, small deluxe property with a very private atmosphere. ( 0407/ss) Read more 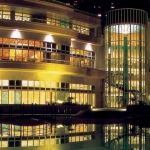 The hotel is located in an elegant and majestic building, that includes two towers of glass. Among the comforts there are private beach with direct access, conference center, fitness center,... Read more 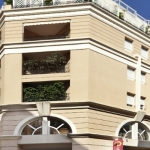 The hotel also offers the following services at an additional cost: airport shuttle / center, parking and pets allowed in the room. Read more 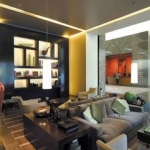 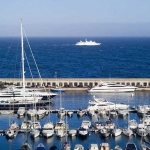 This 4 star hotel is located on the coastline of Monte Carlo and was established in 1995. It is close to the Monaco Palace. Read more 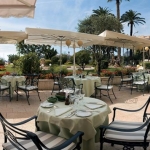 Located in a building dating back to 1864, the hotel is a masterpiece of elegance. Here you will find everything you need: hair salon, shops, parking, 8 meeting rooms, a hall for receptions and you... Read more 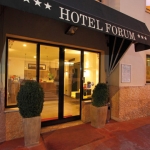 Renovated in 2010, this 39-room city hotel offers a modern and relaxing atmosphere. In addition to a reception area with 24-hour reception and check-out services, a hotel safe and lift access,... Read more 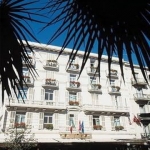 Monte Carlo is the most popular area of the Principality of Monaco. Monte Carlo is situated on a prominent escarpment at the base of the Maritime Alps along the French Riviera such as Saint Tropez, Hyeres, Nice, Cassis and Martigues. At its eastern border one crosses into the French town of Beausoleil (sometimes referred to as Monte-Carlo-Supérieur), and just 5 miles further east is the western border of Italy.

The world-famous Place du Casino is the gambling center which has made this city "an international byword for the extravagant display and reckless dispersal of wealth". Monte Carlo is the most famous of the four quarters of the Principality of Monaco and is home to the Circuit of Monte Carlo, which takes place on the Grand Prix of Monaco Formula 1 and also hosts boxing matches in the qualifier for the World Championship, fashion shows and other major important events such as the Monte Carlo Rally. The quarter of Monte Carlo is known also for its beaches, fashionable and majestic skyscrapers.

In 2003, a new cruise ship pier was completed in the harbor of Monte Carlo.