The lobby is large in size, decorated in a tropical atrium theme, ie with a wreck of the Seven Seas Raider. On board, children will find cabins and decks to explore. There is a children's indoor play area with slides and swings as well as video games. Also, there is a baby-minder service (Kids Club) for children aged 4-11 years, which is opened from 4pm to 10pm (maximum: 20 kids). It is closed, however, on low occupancy days. Reservations and payment (mandatory) are to be made at Guest Services Desk.

The hotel is built in a French castle style with freestone, 6 storey building. n

The rooms have a theme of explorers of XVI and XVII century and are in good condition. Bathrooms have either a bath or en suite-shower. Toilets are separated from bathrooms. Each room has a satellite TV, heating and ceiling fans, and safeboxes. The Crew rooms (standard) accommodate up to 4 persons with one double and 2 single beds in each room. Between each pair of crew rooms is a "bunk cabin" which is accessible from one or both rooms. It accommodates up to 2 persons in 2 single bunk beds. By the clever use of connecting doors, the crew quarters can be configured to provide accommodation suitable for up to 4 (1 standard crew room), up to 6 (1 standard crew room+1 bunk cabin) or even, up to 10 people (2 standard crew rooms +1 bunk cabin).

The breakfast room is on the basement floor at "The Plantation" restaurant where the worldwide meals are served for lunch and dinner. At The Smuggler's Tavern, one will enjoy the old world's charm. The Captain's Library restaurant offers fine food, the Marco's Pizza Parlour -- freshly baked pizza, and the Traders Cafe Bar -- a wide rage of refreshments. 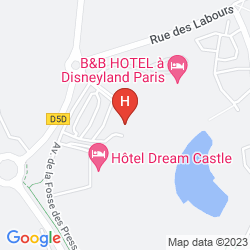