Enter your dates, select the room and choose out of 774 hotels in Ibiza - Balearic Islands

The 15 best hotels in Ibiza - Balearic Islands selected for you 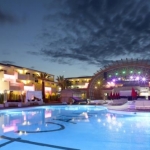 Hotel Ushuaia Ibiza Beach, located on Playa d'en Bossa, in Spain, is an adult only hotel. All the rooms in this five star hotel have air conditioned, Flat TV, private balcony, docking station for... Read more 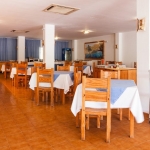 Aparthotel Puerto Cala Vadella is situated in a strategic location, just 1 minute walk from the beautiful white-sand beach of Cala Vadella. Located in the municipality of San José, this 2-star... Read more 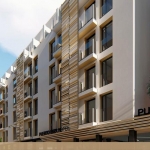 In a destination renowned for its thrilling nightlife, stay at the Hotel Apartamentos El Puerto in Ibiza and discover that there is much more to this Spanish island. This hotel is eight kilometres... Read more 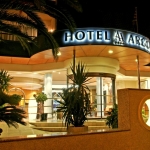 Located on the east coast of Ibiza, next to the golden sandy beach of Talamanca, Hotel Argos is ideal for families, couples and groups of friends looking for fun. In 10 minutes by car you can reach... Read more 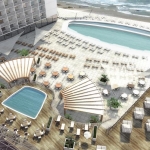 Located in the tourist area of ​​Playa d'en Bossa, Sirenis Hotel Goleta & Spa is just a few steps from the beach. The bright rooms have contemporary décor and are equipped with amenities such as... Read more 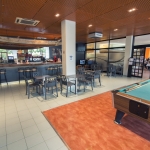 Located in the centre of Sant Antoni de Portmany, azuLine Hotel Pacific is ideal for couples and friends wishing to spend a holiday full of sun, sea and fun in Ibiza. The enchanting beaches of San... Read more 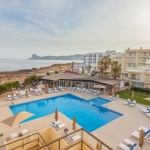 This stunning apartment complex is just a 10-minute walk from the beach and overlooks the seafront of San Antonio Bay. The Marina Palace Prestige by Intercorp Group offers a huge range of... Read more 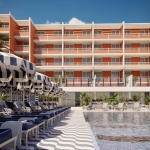 An ideal location for a relaxing family holiday, this hotel was renovated in 2004 and comprises 5 floors with a total of 168 rooms of which 38 are suites. Guests are welcomed in the inviting lobby... Read more 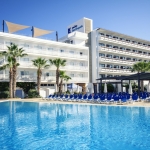 AzuLine Hotel Bergantin is the perfect place to spend a pleasant holiday with the family and with friends. The hotel offers new relaxation areas, children's play area and the opportunity to enjoy a... Read more 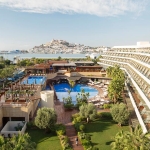 The brand new exclusive hotel is located in an exceptional area of Ibiza noted for its spectacular views of Dalt Vila and the Mediterranean Sea. Ibiza Gran Hotel is designed to become a new concept... Read more 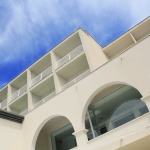 The hotel has been renovated. This hotel is highly recommended because of its location and the standard of the rooms. Read more 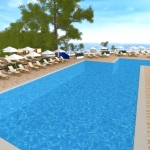 AzuLine Club Cala Martina Ibiza is the perfect place to spend a pleasant holiday with family and friends. The hotel has a beautiful outdoor pool, 4 bars in the pool area, beach bar, snack bar, a... Read more 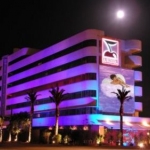 This chic hotel, in the heart of Ibiza Town, is 100 m from the marina. It features air-conditioned rooms with satellite TV and free Wi-Fi, an outdoor pool and free parking. Read more 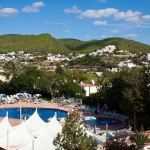 Relax beside the outdoor swimming pool at the property, or take the short walk down to the nearby fine, sandy beach. For more activity, head to Santa Eulalia for its range of bars, restaurants and... Read more 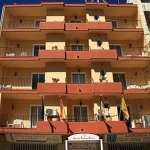 Ibiza is part of the Balearic Islands, situated in the Mediterranean Sea off the Costa del Sol, They belong politically to Spain and with Formentera is one of two islands in Pitiusa. Its largest cities are Ibiza, Santa Eulària des Riu and San Antonio. Hotelsclick offers a wide range of hotel special offers to suit every budget.

It has an area of 572 square kilometers and runs along a single coastline, Santa Eulalia del Rio, the only one in the Balearic archipelago, which has remained very dry for the last few years because of the over-exploitation of the aquifers on the island. The island\'s highest point is the summit of Sa Talaiassa at 475m above sea level. The climate of Ibiza is typically Mediterranean, in winter temperatures never fall below 8°C, summers are generally hotel and dry, with temperatures averaging 20°C to 35°C during the summer period from June to September.

There are many hotel offers in Ibiza like: Hotel Galeon, The island is a popular tourist destination especially among young people, in particular for its lively nightlife, mostly concentrated in two areas: one is the capital of the island and the other in Sant Antoni de Portmany. Many discos and clubs, the most famous ones are the Privilege, Es Paradis (famous for its water parties), Amnesia (famous for its foam-party ), Space, Pacha (which is part of a chain of clubs around the world), and the DC10. There are also many beach bars such as Bora Bora and Ushuaya in Playa d\'en Bossa, plus many more other places for those who are into dancing all night long.
Also in Ibiza and one of the most famous is the Café del Mar, a charming restaurant located in the town of Sant Antoni de Portmany, which became popular among tourists for the opportunity to enjoy beautiful sunsets on the beach while listening to chillout music .

Ibiza Airport is located only 7 km from the city of Ibiza and has only one terminal. The most beautiful beaches where you can find many hotel special offers in Ibiza are: Cala Compta (near San Antonio), Cala Bassa (in the west of the island), Cala Portinatx (north island), Cala Llonga (in the east of the island), Cala Tarida (beautiful white sand beach), Playa d\'en Bossa (a very long beach, and is also the one with the most bars), Talamanca (the longest beach in Ibiza, nearly a mile long, with many facilities for sports) and Ses Salines (nature par k).