Enter your dates, select the room and choose out of 152 hotels in Oslo

The 15 best hotels in Oslo selected for you 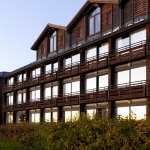 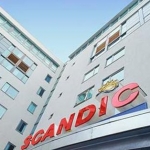 Set in the Skøyen district of Oslo, the Scandic Hotel Sjøyst is near Bygdoy, with the town centre and lovely beaches just a short drive away. The hotel is about a 30 minutes drive away from the Oslo... Read more 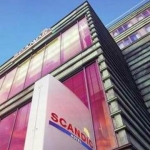 The Hotel Scandic Byporten is aside of the Byporten shopping centre, with Oslo Central Train Station right on the doorstep. Conveniently located, this 4-star hotel in Oslo centre is easily reachable... Read more 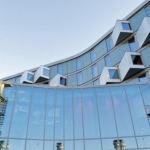 Hotel Park Inn by Radisson Oslo Airport is only few steps away from the terminal at Gardermoen Airport and only 20 minute by train from Oslo city centre. Free Wi-Fi is available in all 300... Read more 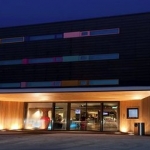 Next to the Oslo International Airport and close to the Gardermoen Business Park, the Comfort Hotel Runway is a 20 minutes drive’s away from Oslo. The hotel has a convenient free parking area and it... Read more 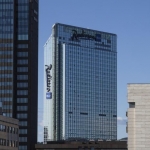 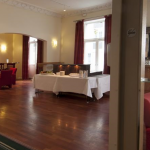 The Best Western Karl Johan Hotel is located on Karl Johans Gate, Oslo's main street, just a short distance from the Royal Palace and the Parliament. This 3-star hotel in the centre of Oslo is... Read more 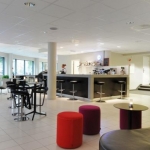 The Hotel Anker is located in Oslo, a fifteen minutes' walk from Karl Johans Gate, the lively Oslo's main street. Many restaurants, trendy bars and shops are situated in the surroundings of this... Read more 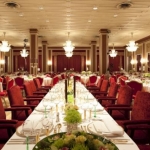 Located in the heart of the Norwegian capital, the Grand Hotel Oslo is ranked as one of the most luxurious and elegant hotels at the international level. Its strategic location on Karl Johans Gate,... Read more 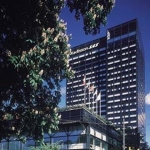 Formerly known as SAS Scandinavia Hotel, the recently refurbished Radisson Blu Scandinavia Hotel is towering in the centre of Oslo. Overlooking the Palace Park and the fjord, from many rooms, the... Read more 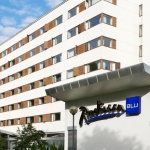 The Radisson Blu Park Hotel, Oslo is nestled in the woods of Fornebu Park, on the shores of the Oslofjord. Oslo city centre and Fornebu business district are close to this hotel. Read more 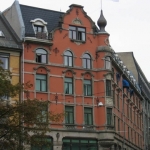 The P-Hotels Oslo is centrally located in the capital, just a short walk away from the main train station and to the Royal Park. This 3-star hotel provides basic accommodation at affordable prices,... Read more 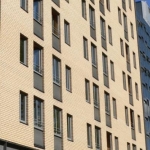 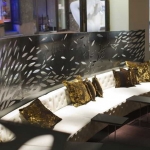 In the centre of Oslo, the brand new Hotel Folketeateret opened its doors in October 2009. Guests also have free access to the exciting 1930s New York-style gym. Read more

On the Akerselva river that divides Oslo east to west stands this hotel, created amid the old and the new. Right in the heart of the Vulkan area, this urban hotel features spacious rooms, all with... Read more

What can you get by mixing technical development with an uncontaminated landscape and lots of green? A city that was able to preserve its natural beauty without neglecting progress. We are talking about Oslo, capital of Norway, already famous in 2007 as the second most green city in the world with a perfect balance between men and nature.
Located at the bottom of the fiord bearing the same name, Oslo is the capital of Norway and the most populated spot of the entire country. Thanks to its passion for art and nature, a distinguish feature of its inhabitants, and the constant search for comfortable living spots, Oslo gained room in the international scene, becoming one of the most loved towns in the entire world.

For your stay in the Norwegian capital, these are our top hotels in town:

What You Must Not Miss In Oslo

Amongst the North European towns, Oslo is one of the most appreciated ones, especially from art and architecture lovers. The reason must be found in its constant cultural stimuli the town can offer.

Best Museums in the Norwegian Capital

A trip to Oslo would not be a real one without a visit to the National Gallery. Besides hosting the biggest collection of the world famous Edvard Munch, visitors will also enjoy historical and contemporary works of art, like Van Gogh’s self-portrait and some sketches by Guercino.

Another interesting museum is the Fram, with the polar Ship that was able to sail the most Northern and Southern parts of the world. Built in 1892, the ship that gave its name to the museum is shown in its total integrity, complete with the accessories used by the explorers and pictures of the many discoveries made onboard.

When thinking about Oslo, thoughts immediately go to Vikings and the strength of the people who made this town their own fortress. This is why we also recommend to pay a visit to the Museum of the Viking boats, with ships more than 1100 years old, most of which were found in big funeral monuments along the fiord, as a further proof of the richness of the local history. Inside the museum visitors can also see many Viking warriors’ funeral robes, sledges, fabrics and small chariots.

About tradition, a visit to the Akershus fortress, dating back to 1299, built by Håkon V. is absolutely a must. The most interesting thing about this fortress is its location, on the Akersneset hill, which allowed lookouts to spot enemies approaching the town, making a counter-attack possible and saving the city several times.

Another not-to-be-missed location for tourists from all over the world is the Ski Museum. Set in a characteristic, futuristic structure, visitors will see a collection of pictures of the royal family skying. Ski is the most loved sport in Norway. They will also have the possibility to listen to the story of the winter Olympics. But the most interesting part of the museum is the ski jumper simulator, for those willing to feel the heat of such a flight.

If you do not like museums but want to take a bite to the new Oslo, we recommend a stroll through the street of the avant-garde districts.

Tjuvholmen, a small area on the Oslo fiord, is a quarter with very elaborated spaces showing many works from contemporary art. The new look for this small town is the fruit of an intense 20-year search on the vibrations such city can convey. Alternatively, Vulkan is the place that best embodied the effort to build a totally sustainable living area. Buildings are designed to take the most possible advantage of the leaning sunbeams and the solar panels on the roofs and façades allow to easily generate photovoltaic energy.

With more than one million visitors in one year, Vigeland Park is one of the favourite destinations in town. A featuring characteristics of the park are its me than 200 bronze statues by Gustav Vigeland (1869-1943,) an artist who both gave the town its sculptures and then designed the park. Particularly interesting are the works of Sinnataggen (the angry child) and Livshjulet (the wheel of life).

What To Do In Oslo

Oslo offers plenty of festivals and cultural events. For instance, in September Oslo hosts the Festival of Contemporary Music: many clubs in the centre offer live events where people could enjoy famous or emerging artists from the international scene.
A town like Oslo offers many types of relaxation and fun according to the time of the year. In summer, it is great to take a walk in the woods or join some organised hacking activity. The Oslo Summer Park, for instance, offers bicycle downhill and also has some climbing facilities.

In winter, skying at Oslo Winter Park is a must. With its eighteen ski tracks and its eleven ski lifts, it is one of the most appreciated resorts from skiers of all ages.

Many people say a good way to know a town is to taste the dishes that made its history. Even in Oslo, food lovers can taste unique recipes. Smoked salmon, of course, rules, with horseradish cream, pickled red onions and dill. There are also less famous but equally tasty dishes like halibut (a local middle sized fish) served with onion and chanterelles, something that will surely conquer even the most sceptical traveller.

Unlike what people may think, Oslo does not only offer only fish based dishes: rib with terragon, artichokes, mushrooms and red wine sauce is very inviting. Forthose willing to taste something new, moose, reindeer and deer can be a good alternative. Just bear in mind the taste of such meat can be really strong and it is advisable to taste them with a sour cream based sauce.

A restaurant you shouldn’t miss is Holmenkollen Park Hotel. Here you can taste traditional dishes but also fusion and gourmet cuisine, prepared by the best local chefs in a great setting with a breathtaking view.

Reaching (And Moving Around) Oslo

Like many other North European towns, moving around Oslo is much easier than expected.
Transportations are quick and efficient. Special pass for bus, underground and ferries can be purchased either at ticket machines anywhere in town or by tourist offices.

Oslo is an extremely charming town throughout the year. The Baltic-continental climate makes it extremely cold in the winter but mild in summer and, for this reason, we recommend to visit Oslo during the warmest months.

For those willing to experience the typical Northern atmosphere of the town and wants to enjoy the snow from a window and the charm of the fireplace, in winter temperature stays below zero from November to March. For this reason, when planning a trip for this time of the year it is best to be prepared with some thermal clothing and furs, also considering the Baltic stream can bring the temperature up to -20 °C ( -4°F).
We suggest to plan your trip to Oslo way in advance and be prepared for a unique experience. Such a peculiar destination requires attention and the will to experience and it will be ready to offer unique sensations and experiences.