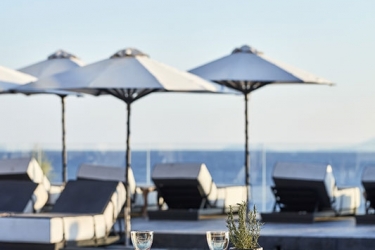 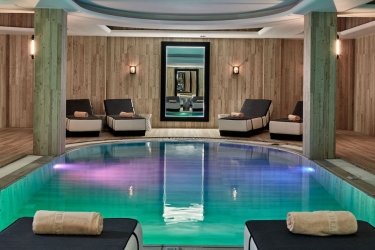 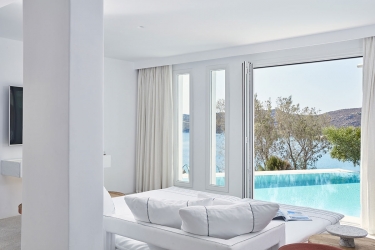 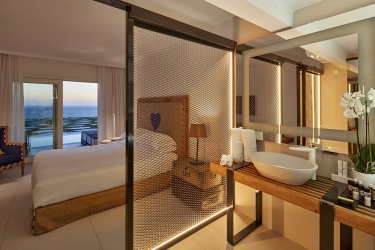 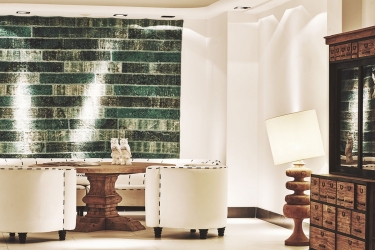 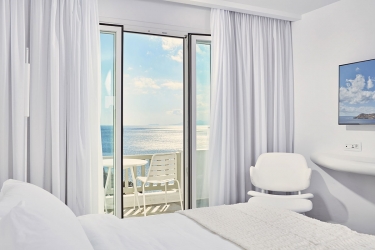 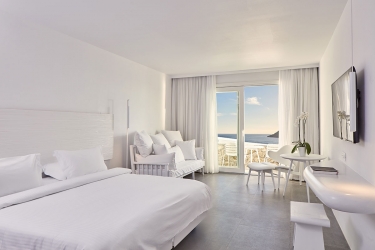 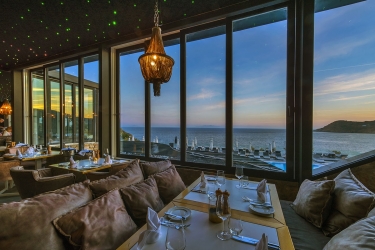 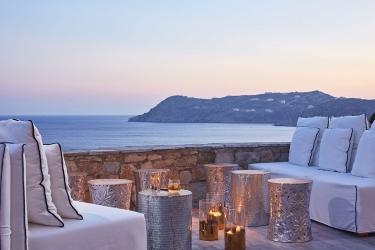 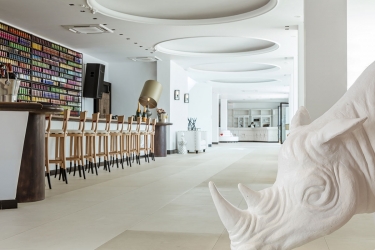 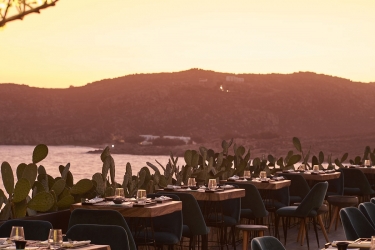 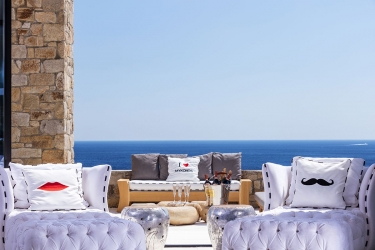 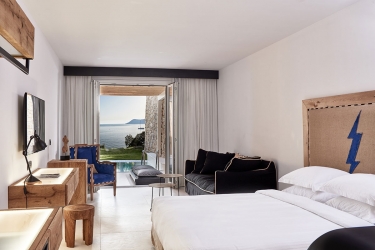 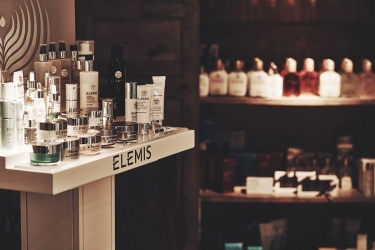 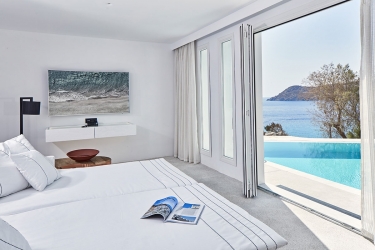 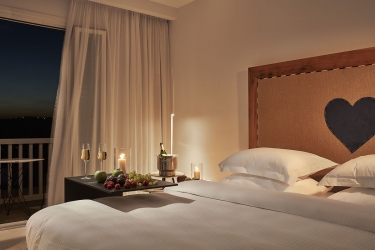 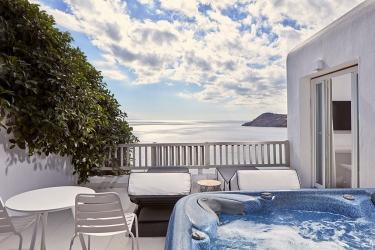 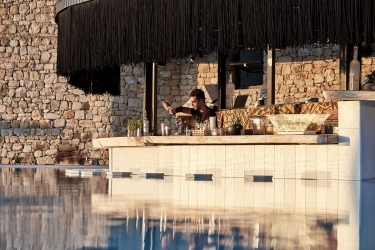 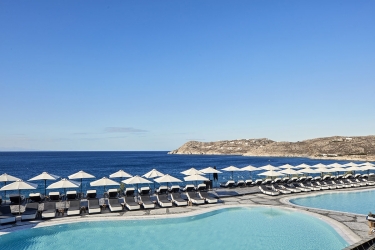 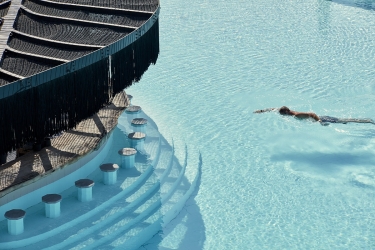 The hotel also boasts a Thalassotherapy Spa center with an extensive treatment menu and offers a rich American breakfast. The property has secure parking and free WiFi available throughout the property.
Located at Elia Beach, a quiet, unspoiled and picturesque area, the hotel is only 12 km from Mykonos town, airport and port. The hotel offers a fairly regularly and free shuttle bus service for Mykonos city.

Based on 854 guest reviews

Fairly large in size with black and white chequered flooring. A large marble staircase adds an elegant touch to the lobby, the ceiling of the lobby is made of glass making the lobby bright and airy.

All air-conditioned rooms at Myconian Imperial feature modern décor and a balcony overlooking Elia Beach. They are equipped with an LCD satellite TV, DVD / CD player, safe and WiFi access. In addition, some rooms include a spa bath or a private outdoor pool.

Providing sea view as well as a variety of dishes, including local and international cuisine. 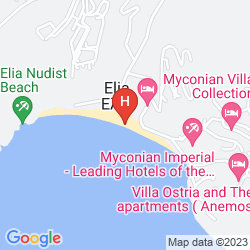