Enter your dates, select the room and choose out of 594 hotels in Munich

The 15 best hotels in Munich selected for you 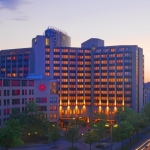 Located on Munich's Heimeranplatz, the Sheraton Munich Westpark Hotel offers accommodation right in the heart of the city. With an underground station just five minutes' walk away, you will be able... Read more 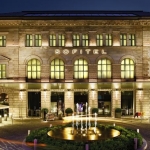 The Sofitel Munich Bayerpost offers five-star deluxe accommodation adjacent to Munich's Central Station. Housed in a historic building that was once the Bavarian Royal Post Office, the hotel... Read more 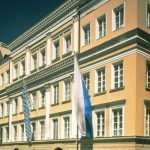 Bayerischer Hof is a historical 5-star hotel in the Altstadt of Munich, 5 minutes from Fünf Höfe, a must for shopping in Munich. Hotel Bayerischer Hof has very luxury rooms with a very refined... Read more 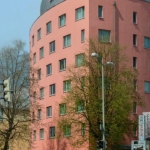 The Acom Hotel München-Haar is a modern 3-star hotel ideal for short city breaks and business trips, included visits to fairs. It is located in the suburbs of Munich, but it offers a very good... Read more 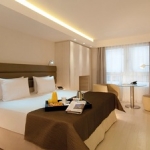 The Eurostars Book Hotel is in Munich centre, near the main Train Station Hauptbahnhof, not too far from the Oktoberfest fair meadows and the old town. The book is the leitmotif of the hotel design,... Read more 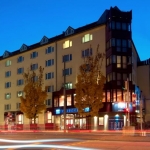 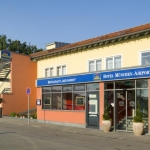 The Best Western Hotel München Airport is located in the south-western part of Erding, about 15 minutes from Munich Airport. The rooms in this 4-star hotel offer all the modern facilities like tea... Read more 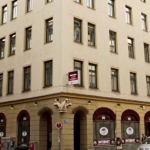 The 3-star Hotel Germania is in the nearby of the Karlsplatz, amid the Munich old town and the main Train Station Hauptbahnhof. Since early 20th century, the Hotel Germania features accommodation in... Read more 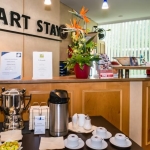 The Smart Stay Hotel Schweiz is a comfortable hotel conveniently located in Munich city centre. It is close to major transport links and within walking distance of some of the city's key attractions. Read more 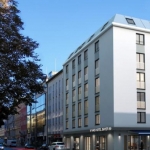 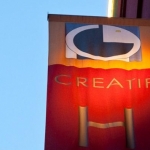 1st Creatif Hotel Elephant is a privately run property that enjoys a strategic location in the heart of Munich, around a 20-minute walk from the Oktoberfest grounds. An ideal choice for a leisure or... Read more 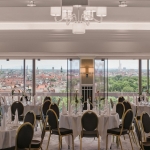 Hilton Munich Park is located beside the English Garden in Munich. This 4-star hotel in Munich has an enviable location, only 600 metres from Tivolistraße Tram Station and a 15-minute tram ride from... Read more 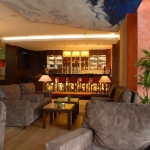 Ideal for a leisure or business stay, the 4-star Hotel Vitalis is located in Munich, just a 15-minute walk from the Olympiapark. The Olympiastadion is 4 km (2. Read more 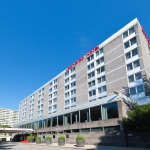 Located in centre of Munich, the four-star Leonardo Hotel Munich Arabellapark is focused on business travellers, meetings, conferences and events. From the International Munich Airport it takes 50... Read more 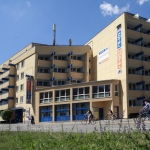 The A&O München Hackerbrücke is located in the centre of Munich and is the ideal solution for families and groups of friends wishing to spend a vacation at an affordable price in Munich. Read more

Munich is the capital of Bavaria a federal state (Land), the largest one of Germany, located in the southeastern part of the country. It is a very large city, it's metropolitan area extends to other German cities such as Augsburg and Ingolstadt.

Munich is one of the most interesting destinations of the country thanks to the city's cultural scene by no means second to that of Berlin, for its splendid architecture and for the organization of several annual events such as the famous Oktoberfest beer festival.
The city, which was heavily hit by the allied bombings during the Second World War, has been partially reconstructed, so that the centre looks almost as it was in the nineteenth century. Among the most famous buildings located here are the largest church in Munich, the Frauenkirche, built in the fifteenth century, and the Town Hall (Neues Rathaus).
The centre of Munich is built around the Karlsplatz pedestrian area, ideal for shopping lovers, from which you can reach Marienplatz square, whose surroundings are the main tourist hangouts.

To admire the magnificent architecture of Munich you can walk along four major royal avenues dating back to the nineteenth century: Briennerstrasse, Ludwigstrasse, Maximilianstrasse and Prinzregentenstrasse, along which you can also find some interesting museums such as the Bavarian National Museum.
In any case, in Munich there are many museums and art galleries to visit, thanks to the work of the Bavarian kings that, during the nineteenth century, made Munich their art capital.These include the Glyptothek, with its collection of Greek artworks, the three art galleries (Pinakotheken) with paintings of different periods and artistic movements, and the City Museum of Munich, with its evidence of the city's history.

In addition to art and culture, Monaco is famous for being an important centre of business and technological research, as evidenced by the presence of two research universities, several multinational companies and great science museums such as the BMW Museum.
Munich is therefore one of the most interesting tourist destinations in Germany, able to enchant both art lovers and people fascinated by the world of science and technology.