Enter your dates, select the room and choose out of 1094 hotels in Berlin

The 15 best hotels in Berlin selected for you 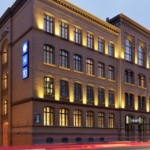 The H10 Berlin Ku'damm is 4-star hotel whose construction contributed to preserve one of the city's historic buildings. The hotel is located nearby Kurfürstendamm avenue, one of the main shopping... Read more 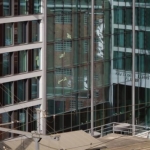 The Eurostars Berlin is located in the centre of Berlin and enjoys an excellent location in the Mitte district. This elegant 5-star hotel in Berlin is ideal for travellers who want to discover the... Read more 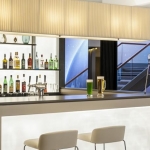 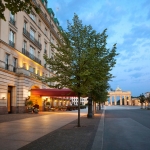 Located in the Mitte district, the elegant Hotel Adlon Kempinski is located in the heart of Berlin and represents the perfect solution for both travellers interested in visiting the German capital... Read more 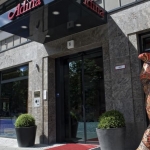 Located in the centre of Berlin, Adina Apartment Hotel Berlin Mitte is close to the most important attractions of the German capital such as the Berlin’s Natural History Museum, the Memorial of the... Read more 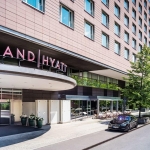 The Grand Hyatt Berlin is an elegant hotel located in the heart of Berlin, in the Mitte district. This exclusive 5-star hotel is ideal for those who want to discover the German capital due to its... Read more 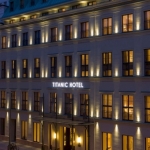 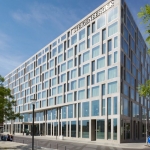 The Steigenberger Hotel Am Kanzleramt is located in a strategic position, close to the most important points of interest such as Platz der Republik and the famous Brandenburg Gate. This 5-star hotel... Read more 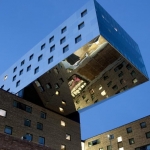 The Hotel nhow Berlin is located directly on the banks of the Spree River and is famous for being the first musical structure of Europe: this 4-star hotel in the heart of Berlin offers professional... Read more 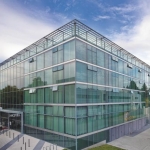 Built in 2009 from a great modern approach, Seminaris CampusHotel Berlin, Germany is fitted with a vast luxurious accommodation facility that consists of 186 guest rooms available all through. Read more 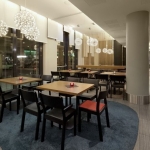 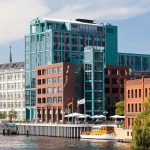 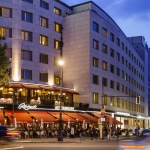 Formerly part of the chain Kempinski, Hotel Bristol Berlin is located on the famous Kurfürstendamm shopping street close to Berlin Zoo and the Memorial Church. Take a seat at the renowned Bristol... Read more 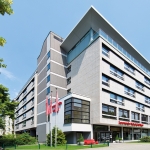 The Leonardo Hotel Berlin City West is situated in a strategic location, close to the Kurfürstendamm, the famous shopping boulevard. This 4-star hotel in the heart of Berlin offers rooms equipped... Read more 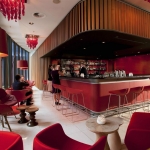 The Swissotel Berlin am Kurfuerstendamm is an elegant 5-star hotel ideally located in the centre of Berlin. Near the hotel you can find many attractions such as Berlin Zoo, the Kaiser Wilhelm... Read more

Berlin is located in the north-west of Germany and is the capital of the country.
The German capital, which today is one of the most artistically and culturally lively cities in Europe, during the last century has been greatly affected by the World Wars. In particular, during the Second World War, Berlin was severely damaged by the bombing of the allied troops. After the war, the city has become the symbol of the division of the country into two zones, the west part and east one. The latter was under the control of the Soviet government, and in 1961 was erected the infamous Berlin Wall, which, until its demolition in 1989, was the emblem of the Cold War.

Sleeping in Berlin: Our Best Hotels in Town

Amongst our top hotels in Berlin we recommend:

What To See And Do in Berlin

Well aware of its past, today’s Berlin is one of the most interesting European capitals and it is surely worth a visit. Full of tourist attractions of any kind, from museums to art galleries, theatre and trendy class, it is surely a must.

The famous Brandeburg Gate is one of the most famous city’s symbols. A living witness of the past division into two Germanies, now the Brandeburg Gate epitomizes the reunification of the country. A few steps from attraction lies the Holocaust Memorial, a monument dedicated to the victims of the shoah.

The Reichstag, home of the German federal Parliament, deserves to be among the things you absolutely must see in Berlin, mostly for its glass dome, which can be visited for free and which offers a breathtaking view of the city.

Tiergarten Park is the ideal place to relax. This former game reserve is the city’s green lung, an oasis of paradise made of woods, meadows, streams and ponds.

In Berlin there are over 170 museums; here is the famous Museum Island, located in the northern part of the Spree island (the main river of the city). This cultural and architectural collection of museums is part of the Unesco World Heritage, and consists of 5 different structures: The Pergamon Museum, which houses some collections of ancient Greek and Middle Eastern art, the Bode-Museum, inside which you can find many Byzantine artworks, the Old Museum and the New Museum, where you can admire the famous bust of Nefertiti, and the Old National Gallery, with its collection of German artworks.

At the entrance of the Museum Island is the Pleasure Garden, an ancient square now covered with grass, in which lie both the Old Museum and the Berlin Cathedral, built here between the nineteenth and the twentieth century. In the city there are a lot of art galleries; the most famous of them is the Gemaldegalerie (the picture gallery), which contains many masterpieces of the European art between the thirteenth and the nineteenth centuries. It is located within the complex of the Kulturforum, which also houses the New National Gallery and the National Library.

Art and history merge at the East Side Gallery, an outdoor gallery. Murals from artists all over the world can be seen along Mühlenstraße, on what remains of the Berlin Wall.
Besides the East Side Gallery, lovers of art should not miss a visit to the Hamburger Bahnhof, a museum of contemporary art hosted in a former railway station from the nineteenth century, with words of artists the like Roy Lichtenstein and Andy Warhol.

The city is really creative: in fact in 2006 it was appointed Unesco City of Design, and it has more than 1,300 companies including agencies, studios for product and furnityre design. In Berlin you can also find a lot of fashion designers and shops.
Berlin is a cosmopolitan and extremely vivid city: its artistic and nightlife centre is Prenzlauer Berg,a trendy district full of restaurants and pubs, very popular in summer for young Berliners and tourists.

The capital is also closely linked to the world of music: in the city there are three big opera houses andBerlin musical trends affect the entire European musical scene today.

Traditional Hangout Spots: the Best Kneipen and Biergarten in Berlin

Both a witness of the recent and past history, today’s Berlin is a constantly developing city, full of places to have fun. Some of the places you shouldn’t absolutely miss are the kneipen, the typical, traditional breweries.
Once small taverns where Berliners used to have a beer and something to eat at lunchbreak or after work, today many kneipen offer good meals, almost like a restaurant, being the ideal destinations for those willing to experience both some great beer and German traditional dishes.
A few examples? Stew, schnitzels, sausages, Eisbein (pork knuckles with sauerkraut) and, of course, wurstel. Another dish worth a taste in Berlin is curry wurst, a sliced sausage served with curry sauce.

Those visiting in the nice season cannot miss a visit to one of the best biergarten in Berlin, outdoor breweries where wurstel and steak match a good beer.
Among the historical biergarten, a special mention goes to Pratergarten, established in 1837, with a wide range of homemade beers. Schleusenkrug is another popular biergarten in town, since 1954 and located close to the Charlottenburg underground station. Here you can find the famous flammkuchen, salty tarts, and lamb wurst. Brauhas biergarten in Rixdorf, located inside a nineteenth century villa, offers many home made beers, served with great local dishes.

How To Reach the German Capital

Berlin is a very well connected town. A very efficient network of public transportation makes it easy to be reached from all over Germany.
Those willing to reach by plane can land in one of the two city airports - Tegel, linked to town via a shuttle bus service, and Schoenefeld, close to the railway station and where many low cost companies land.
The town can also easily be reached by train: Berlin main stations also serve high speed trains from Italy and all over Europe.
For those willing to use their car, is it important to know German highways are free and for long traits have no speed limit. The centre of Berlin can be reached only by vehicles meeting serious pollution standards: it is necessary to exhibit a special badge listing the exhausted substances of your car.

The Best Time To Visit Berlin

Berlin has a mild continental climate, with cold winters with an average temperature around zero degrees, and not so warm summers, with daily temperatures around 24 °C / 75.2 °F. The best time to visit this town, avoiding the weather to play a bad trick, is from May to July.
For those who do not fear winter, our advice is to visit Berlin in December, to watch the Christmas lights and the traditional Christmas markets, celebrate New Year’s Day outside while watching many live shows.