Enter your dates, select the room and choose out of 556 hotels in Sydney - New South Wales 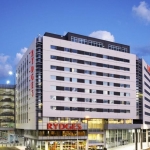 Rydges Sydney Airport is an elegant and modern hotel located directly inside international terminal of Sydney Airport, a 30-minute drive from the city’s business district. This hotel is also a great... Read more 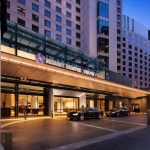 Overlooking the harbour, the massive Hyatt Regency Sydney Hotel features world class services and outstanding interiors. With stunning views on the Darling Harbour and on the city landscape, the... Read more 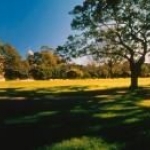 Featuring nice views on the park and the cove, the Vibe Hotel Rushcutters Bay Sydney provides 4-star rated accommodation. Located not too far from the Sydney city centre, the hotel is handy for the... Read more 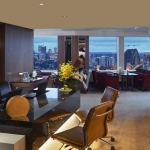 The Hotel Shangri-La is a luxury 5-star hotel located in an enviable location in Sydney. From the hotel you can enjoy breathtaking views of the famous Sydney Opera House, Darling Harbour and Harbour... Read more 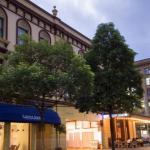 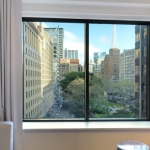 The Amora Hotel Jamison Sydney features 5-star accommodation in Sydney CBD, a few steps away to the Circular Quay. In addition to 2 fine restaurants and 2 classy bars, this property offers an... Read more 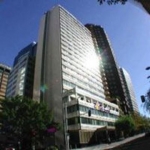 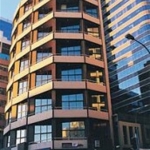 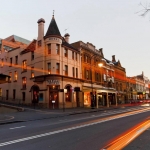 The Russell Hotel of Sydney is located in the ancient district of The Rocks, a favourite area for tourists and locals for its mix of past and present. At the beginning of the twentieth century... Read more 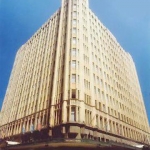 Popular hotel with a wide range of dining outlets in a great location for business or leisure. The hotel has an indoor lap pool. Read more 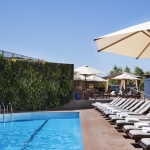 Four Seasons Hotel Sydney is the perfect place to stay in Sydney, whether it's a pleasure trip or business. The hotel offers to its guests an unforgettable stay, elegant environments and modern... Read more 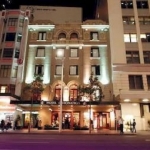 Property Location With a stay at Hotel Coronation, you'll be centrally located in Sydney, steps from The Galeries and Sydney Town Hall. This family-friendly hotel is close to Sydney Opera... Read more 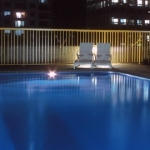 Convenient location and proximity to Chinatown is a selling point of this 3.5 star property. Read more 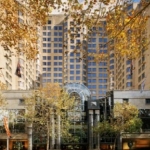 
Hotel Sheraton On The Park

This is a superb deluxe property. It is very grand and elegant, in a prime central Sydney location. Read more 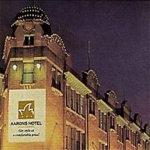 Sydney is a city located in Southeast Australia, it is the capital of the State of new South Wales, the city is the oldest and most populous in the whole of the country. As with Melbourne, it's long and eternal rival for the title of most important city in Australia, the city is also the cultural, the nation's financial and commercial centre.

Sydney is located in a basin between the Pacific Ocean to the East and the Blue Mountains to the West, it borders with the Royal National Park to the South and the Hawkesbury River to the North. The main river is the Parramatta.

A particularly important immigrant wave took place during the gold rush of 1851. With industrialization, the growth of cities had accelerated, and at the beginning of the 20th century the total population exceeded several million.

Sydney is one of the cultural capitals of Australia, and hosts year-round musical events, theatrical and artistic. Sydney is a major destination for local and international tourism and was several times awarded as one of the most beautiful and liveable cities in the world. The Opera House and Harbour Bridge are definitely the most famous buildings of Australia, both located in Sydney Harbour. The Sports stadium the Sydney Cricket Ground, hosts many international competitions of cricket and the Australian football team the Sydney Swans.

Sydney is a city in Southeast Australia, it is the capital of the State of new South Wales, it is the oldest and most populous of cities in the country. It represents the core financial, cultural and commercial heart of the nation. It is also the third largest urban agglomeration in the world, after Tokyo and Brasilia. Sydney is among other multicultural cities in the world and is always in the top rankings of the best cities in which to live.

Sydney is located in a basin between the Pacific Ocean to the East and the Blue Mountains to the West, extending from the Hawkesbury River to the North and South to Botany Bay. You find here the largest natural harbour in the world, Port Jackson, and more than 120 beaches, including the famous Bondi Beach, where you can surf all year round. The city's climate is humid subtropical, with mild winters and summers emude. Sydney is divided into two main geographical regions: the Cumberland Plain, located south west of the Bay, and Hornsby Plateu, North of the Bay. The metropolitan area is surrounded by national parks where there are many bays and rivers.

The Central Business District extends about 3 km from Sydney Cove to the Central Station to the South, and from the District of Darling Harbour to the West, while to the East it is bordered by a green belt of parks. characterized by a high concentration of skyscrapers in the CBD. You can also find the Opera House, perhaps the most famous building of Australia. The Opera House, which was designed by the Danish architect Jørn Utzon, constitutes one of the most significant works of architecture in the 20th century and is, in fact, been declared a world heritage site by UNESCO in 2007; It was opened by Queen Elizabeth II of the United Kingdom on October 20, 1973. The construction of the bridge, however, dates back to the late 1920s, links the CBD with the northern area of the city, North Shore, crossing the Sydney Harbour, the Parramatta River, and won the Guinness Book of world records as the world's largest bridge at 48.8 metres. Other sights include Bondi Beach; Chinatown, located in the Haymarket district, is a Local Government Area of the city of Sydney and the largest Chinatown in the country; Darling Harbour is one of the many bays of Port Jackson, in 1988 there has been created a wide pedestrian and recreational area called Sydney Tower, St Mary's Cathedral, an imposing Gothic Revival building characterized by towering spires and towers, is the principal Catholic place of worship of the Australian city, Hyde Park is the Australian Museum in Sydney, focusing on anthropological and natural history: which has mainly zoological, anthropological collections, palaeontology and mineralogy.

Among the most popular sports in Sydney there are two versions of rugby: Rugby League and Rugby Union. Sydney is home to eight of the 16 teams in the National Rugby League. The Eastern Creek Raceway is a track with 11 curves where competitions are held for V8 Supercars touring cars. It is run by the Australian Racing Drivers Club.

The transport system in Sydney is excellent thanks to the light rail, and the train operated by CityRail network with which you can easily reach the major cities of Goulburn, Newcastle, Kiama and Port Kembla, Wollongong and Lithgow. Regarding international aiports there are Kingsford Smith International Airport and a private one which is called Bankstown.