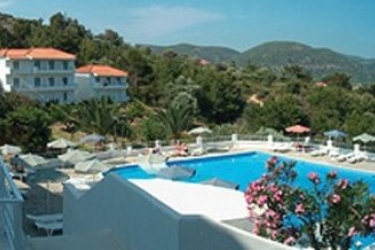 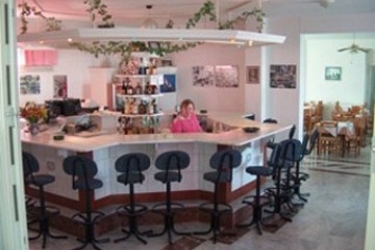 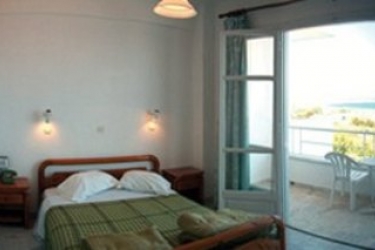 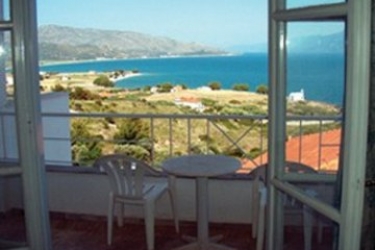 L'hotel dispone di 73 camere. Al piano terra vi è un negozio di souvenir e arte greca che vende manifattura, oro, argento, gioielli e souvenir, nonché una sala TV con TV via satellite. L'hotel mette inoltre a disposizione una sala pasti, un cocktail bar e una reception con cassetta di sicurezza.
Situated in the south east of the island, 3km from the village of Pythagorio, this hotel boasts a great beach front location (100 metres). Attractions nearby, include the Efpalinus tunnel, Spiliani monastery, and the Policratian walls. Samos airport is just 3km away with the main town of the island 8km to the north. Pythagorio village has a good selection of tavernas and bars, many overlooking the picturesque port. As well as airport access the island can also be reached by ferry from several destinations. Turkey can be visited as a day trip as it is just 3km away. The hotel is down a longish lane of the main road. However, there is a hotel shuttle bus which frequently runs to Pythagorio.

The lobby is medium in size and offers a seating area. It has a bar to the right.

This hotel is perched on a hill 100 metres up from the beach. It consists of a main building with a pool out the front.

Rooms are simply furnished and decorated in cool pale colours. They have air conditioning (in July and August only), radio and telephone.

The restaurant is light and airy and serves a buffet breakfast in the morning and a 3 course meal in the evening. 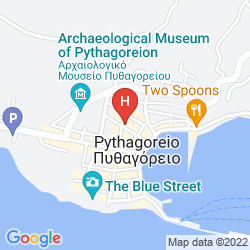