Enter your dates, select the room and choose out of 217 hotels in Glasgow

The 15 best hotels in Glasgow selected for you 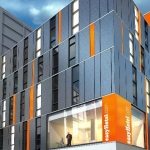 The easyHotel is a budget hotel situated in the city centre of Glasgow. It is ideally located for shopping, vistors wishing to see the many festivals like Glasgow International Comedy festival. Read more 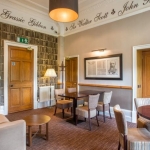 Built in 1896 as a family home, Sherbrooke Castle has been known as a hotel since the end of the war. Recent refurbishments have transformed the hotel into a luxurious 4-star haven. Read more 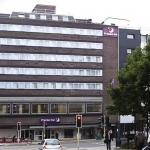 The bright and airy restaurant serves traditional British cuisine and a range of light snacks. The Costa Coffee Bar offers fresh coffee and pastries, and an all-you-can-eat breakfast buffet is... Read more 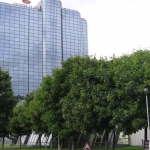 Guests can enjoy a cocktail on the mezzanine promenade, or linger over a rare malt whiskey on the quarter deck. The hotel also has a leisure complex; the waterside club, which offers a swimming... Read more 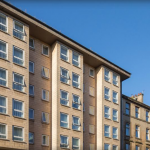 This budget hotel offers comfortable rooms in the center of Glasgow. The structure is non-smoking and features a bar, cafe and wireless Internet access. Read more 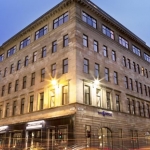 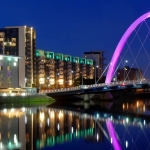 These impressive apartments in Merchant City, Glasgow, are set in a stunningly renovated 1850s building which was once the city bank. The classic Victorian Scots façade was designed by JT Rochead,... Read more 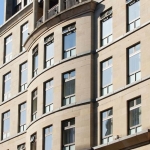 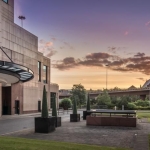 Hilton Glasgow hotel guests can pump some iron or work out on the cardiovascular machines in the fitness centre. A personal trainer is available (fee). Read more 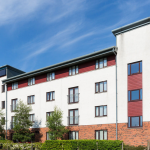 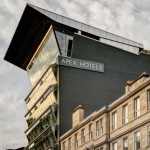 ** Please note that the hotel restaurant is closed until 01 September 2007 ** The hotel is bright modern and welcoming. An excellent standard of hotel easily on par with other good 4 star hotels in... Read more 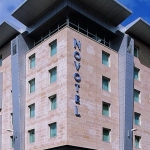 Novotel Glasgow Centre hotel is a contempory, 4 star hotel located meters from Glasgow's Sauchiehall Street and within easy reach of the city's nightlife, shopping and attractions, including the SECC. Read more 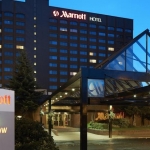 This 4-star hotel is in Glasgow centre, just a short walk from the SECC (Scottish Exhibition and Conference Centre) and the shops of Buchanan Street. It has air-conditioned rooms, an indoor pool,... Read more 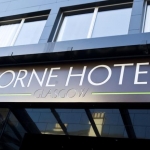 This 4 star hotel is located in downtown Glasgow. It is located near Kelvin Grove Art Gallery and the nearest stop is Kelvin Hall. Read more 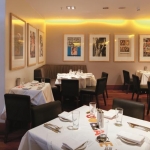 Opened in November 2002, the hotel is set to become a landmark in the centre. The extensive leisure club features state of the art equipment by LA Fitness and a 20-metre pool. Read more

Glasgow is the largest city in Scotland and the second largest city in the United Kingdom after London, and the third by population after Birmingham. From the geographical point of view, the center is built near the River Clyde, in West Central Lowlands. It is home to the fourth oldest university in the UK, the University of Glasgow, which was founded in 1451. For several decades Glasgow has become an elegant city, which attracts a number of tourists every year thanks to a cultural and artistic richness, one of the most important is the value of its architectural heritage, both ancient and modern, capable of collecting appreciations and consensus at national level with the award of the UK City of Architecture and Design.

The city has many places of interest, and the heart of the city undoubtedly George Square, the largest square rectangular enriched with numerous statues including those of Queen Victoria, the square face important Victorian buildings, including the Bank of Scotland, the Office of Tourism, the City Chambers, which is the town hall and the cathedral. The Glasgow Cathedral is one of the few Scottish medieval churches survived the reform. Glasgow is a city full of museums such as the Art Gallery and Museum Kelvingrove, one of the most visited cities in the United Kingdom, the Botanical Gardens in Glasgow, with all the greenhouses and the Hunterian Art Gallery. Goal that can not miss in your trip is a visit to the Burrell Collection at Pollok Country Park, a private collection of great works of art, works by Degas, Cezanne, Rembrandt, Manet and many others. In the same park there is also the Pollok House, a nineteenth century villa with garden. Inside is hosted another great collection of Spanish art.

To spend a day with your family, you can take the great pedestrian streets Buchanan Street, Argyle Street and Sauchiehall Street, some of the major streets of the city center filled with shops and surrounded by spectacular palaces where it is pleasant to walk. The real peculiarity of these places pedestrian are the groups or young musicians who improvise outdoor concerts.

Among the many beauties of Glasgow, visited thanks to the special HotelsClick, you can relax for the whole holiday. Among our listings you will find offers for every kind of need among the Hotels in Glasgow.

To visit Glasgow, other hotels at which you can stay are: