Enter your dates, select the room and choose out of 242 hotels in Birmingham

The 15 best hotels in Birmingham selected for you 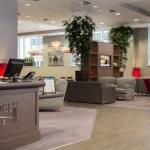 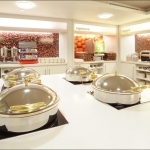 Opened in 2012, the Hotel Hampton By Hilton Birmingham Broad Street is a stylish and modern hotel located in the heart of England's second most populous city. Since the Middle Ages, shoppers have... Read more 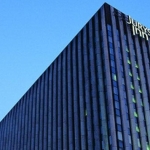 The Hotel Jurys Inn Birmingham is a modern 3 star hotel that offers 445 spacious guestrooms, 20 well equipped conference rooms for business meetings or seminars, a cozy bar and a restaurant where... Read more 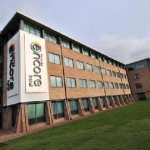 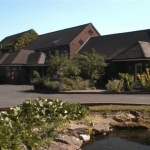 This 17th century farmhouse is in quiet countryside on the Birmingham and Fazeley Canal, close to the M42. It has free parking, a tennis court, a restaurant and a bar. Read more 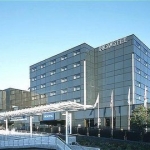 The Novotel Birmingham Airport is a 4 star hotel located at Birmingham Airport. The hotel has an unrivalled location situated directly opposite the 2 passenger terminals, and is a complimentary 90... Read more 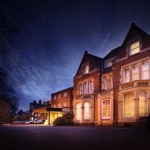 This hotel is nearby to the Sea Life Centre, the Birmingham Museum and Art Gallery and also Cadbury World. A pleasant property in an easy to reach location. Read more 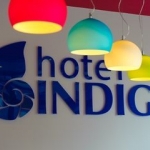 With a unique modern exterior, the 4-star Hotel Indigo has a colourful retro décor and is less than 10 minutes’ walk from Birmingham New Street Rail Station. Panoramic city views can be enjoyed from... Read more 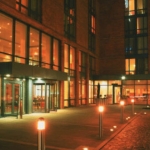 The hotel provides stylish meeting rooms with hi-spec, hi-tech, flexible spaces. All our meeting rooms are designed in a light, fresh and contemporary style. Read more 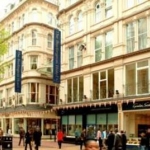 The Hotel is a unique and imaginative property, the opulence of which reflects the money invested in it. The attention to detail is remarkable and refreshing. Read more 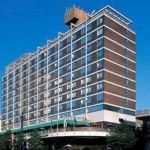 The upper stories of the building provide panoramic views of the city centre and suburbs, a good basic hotel for those wishing to be in the centre of Birmingham. Read more 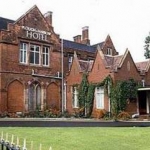 In addition to a restaurant, The Plough and Harrow features a conference center. Other amenities include a bar/lounge and complimentary wireless Internet access. Read more 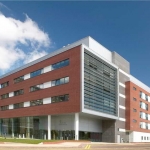 The main restaurant at Aston Conference Centre serves a varied menu featuring locally sourced produce, while snacks are served all day in the bar. After dinner, guests can relax in the lounge area,... Read more 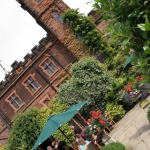 The 12th century New Hall is the oldest inhabited moated manor house in England, offering the best of traditional and aristocratic living with a sparkling, modern twist. It's the small touches that... Read more 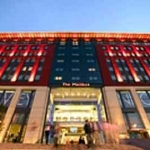 Situated in the heart of Birminghams city centre, AC Hotel Birmingham provides the perfect base to sample the tremendous array of shops bars and city life. Overlooking the newly revived canal... Read more

Birmingham is located in the center of England, about 163 miles from London, in the county of West Midlands, and is the second largest city by population in the United Kingdom.

Among the many beauties of Birmingham, visited thanks to the special HotelsClick, you can relax for the whole holiday. Among our listings you will find offers for every kind of need among hotels in Birmingham.

To visit Birmingham, other hotels at which you can stay are:

The city spreads between the channels that run along the walls of modern buildings, enriched by local boutiques, Birmingham looks like a postcard. Birmingham thanks to the industrial revolution, had the first license for the opening of the city market, the Bull Ring, that still exists today. Birmingham today is a modern and cosmopolitan city dominated by new buildings that blend with the remnants of the past.

The city has many places of interest for an experience that can be proven strolling through its streets, along the canals, touring with the boats, in the squares, which consists of buildings of surprising such as: the Cathedral of St. Philip, the building Aston Hall, the Church of St. Paul and in particular the Town Hall and Perrot's Folly.

The oldest buildings date back to medieval Birmingham and the parish church of St Martin and the Old Crown pub. The downtown area is mainly developed in surrounding New Street, at the end of which is Victoria Square, the City Museum and Art Gallery. But the buildings that represent the most contemporary soul are those arising most recently, as the Selfridges building, a structure of irregular shape on which they were applied thousands of reflective discs.

To spend a day with your family, Birmingham is also a city full of museums, Sweet teeth where you can experience the pleasures of chocolate and the Cadbury World, the largest aquarium in the country.