Enter the dates, select the room and choose your hotel in Zug

The best hotels in Zug selected for you 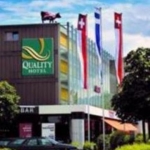 The Swisshotel Zug is a 3 star hotel located in the heart of Switzerland between Zug and Cham with a marvellous view of Lake Zug and the Swiss Alps. Lucerne and Zurich are only 30 minutes both by... Read more 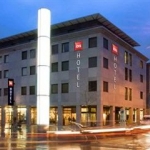 Property Location Located in Baar, ibis Baar Zug is within the vicinity of Seleger Moor and Johanna Spyri Museum. This hotel is within the region of Felsenegg Lookout and Kraebel Cable Car. Read more 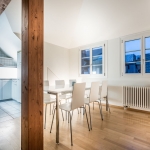 Property Location Located in Zug, Airhome Zug Neugasse Stadtzentrum is convenient to Metalli Shopping Centre and Bossard Arena. This 4-star apartment is within the vicinity of Zug Trade Fair and... Read more 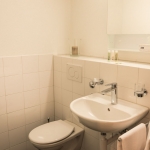 Property Location With a stay at this apartment in Zug, you'll be convenient to Metalli Shopping Centre and Bossard Arena. This property is within the vicinity of Zug Trade Fair and Seleger... Read more 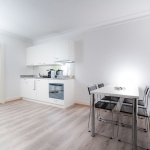 Property Location Located in Zug, Top city center location by Airhome is convenient to Metalli Shopping Centre and Bossard Arena. This apartment is within the vicinity of Zug Trade Fair and Seleger... Read more 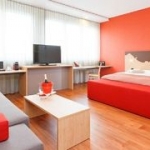 The SwissEver Zug Hotel is a business & leisure hotel offering 84 double rooms and 46 long-stay apartments of all sizes, along with a typical Swiss restaurant and conference center. Read more 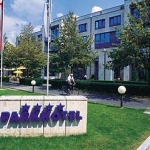 The 112 rooms and suites of the Parkhotel Zug are perfectly suited both for business travelers as well as individual guests. The rooms are designed with a modern ambiance as well as the latest... Read more

Zug, is a German-speaking city in Switzerland. The city of Zug is located in the Canton of Zug and is its capital. The name ‘Zug’ originates from fishing vocabulary; in the Middle Ages it referred to the right to ‘pull up’ fishing nets and hence to the right to fish. Zug is a low tax region, and is headquarters for a number of ultinational enterprises. Zug's best known agricultural product is kirsch.

Zug has an area, as of 2006, of 21.7 square kilometers (8.4 sq mi). Of this area, 35.5% is used for agricultural purposes, while 38.1% is forested. Of the rest of the land, 23.8% is settled (buildings or roads) and the remainder (2.6%) is non-productive (rivers, glaciers or mountains). The canton of Zug is located in the area between the lowlands and the foothills of the Alps. It borders the canton of Schwyz to the south and southeast.

Canton Zug’s borders were mainly established by nature itself: the rivers Sihl and Biber, and the Höhronen ridge in the east; the Rossberg mountain in the south, and the Rooterberg mountain. The lowest point in the north of the canton is at 388 m, at the Rüssspitz (Reussspitz), the confluence of the rivers Lorzen and Reuss. Zug has an average of 136.1 days of rain per year and on average receives 1,224 mm (48.2 in) of precipitation. The main sport team is the EV Zug, who plays in the Swiss National League A. They play their home games at the Bossard Arena.