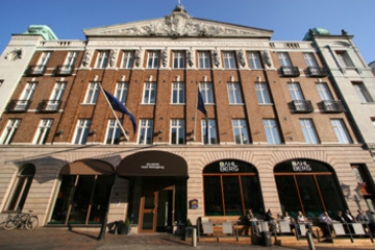 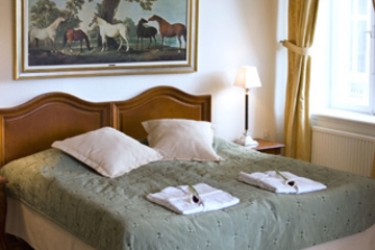 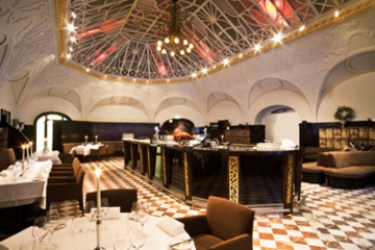 Wireless Internet is available in all rooms plus there is a small relax area with sauna, accessible to the guests.
The hotel is located in the city centre, within five minutes walking distance from the ferry terminal and train station. The location at the end of a one way street overlooking the old water tower helps to create a relaxed atmosphere.

Based on 291 guest reviews

The lobby is relatively small and decorated with wooden panels. The lobby also holds a separate seating area

The building dates back to the end of the 19th century and was originally the head office of a local bank.

The hotel is beautifully renovated, and due to the age of the building the rooms are bigger than average. The rooms are spacious and bright with traditional furnishing, though with a modern look.

The Hotel restaurant "Dahlberg's" is a modern gastro pub with a lounge bar style. The menu offers a mix of Mediterranean, Asian and Scandinavian cuisine. The breakfast room which was recently renovated is big and spacious with a high ceiling, located in what was the main hall of the old bank. It offers a mix between modern Scandinavian design and 19th century architecture. 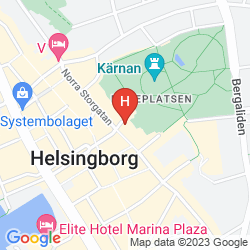