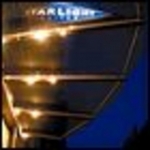 Located a stone's throw from Viennese City Park, this elegant four-star hotel provides guests traveling for business or pleasure, suites as an alternative accommodation. The Starlight Suiten Hotel is an intimate and elegant, perfect for relaxing after a day of sightseeing or working. All suites... More Details Hotel Starlight Suiten Renngasse

View only reviews from

Nice hotel, good location - only needs a little improvement to be perfect

Stayed here for 2 nights - sat and sun evening. first impressions of hotel are that it's a nice building modified into a hotel at some point in the past. friendly reception, said my room was upgraded for me, although i think this is normal as many other reviews say this happened? good wifi in bedroom on 4th floor. air conditioning was only pumping out hot air, the room was already quite warm so became frustrating as then had to open windows to get cool are into the room. but the windows don't have any latches to secure them whilst open, so as it was windy outside the windows would constantly bang against east other. i was told that the air conditioning was still heating and not in cooling mode until later in the year, frankly this is bad for a hotel..they need to get this fixed so that you can heating or cooling when ever you want and put simple latches on the windows to help keep them open. as there was construction work on a new building nearby, so on monday morning there was no way to have a nice lye in bed as at 7am a lot of noise started, thankfully not at the weekend. probably will not be for 4-6months before the construction nears completion, but if getting up early or just that at weekend it's ok. room had a very large living area, double / king bed in separate room and separate bathroom. bedroom was perhaps a little small considering living area was so big but mattress fairly comfortable and lovely soft fluffy pillows. there was a multicoloured led strip that could be turned on above the bed, but unfortunately you could choose any colour you wanted except white, the white button didn't work anymore and needs repairing, not major problem but annoying as they went to the effort to install only for it not to work anymore. living area could do with a bit more personalisation with more paintings or decoration as it felt rather sterile lacking personality.. only 2 english speaking channels (cnn and al jezeerra), shame no bloomberg and sky etc. quite nice breakfast choices...nice fresh bread. good bathroom and shower. so if they can resolve the air conditioning, make the living area more homely, fix the lighting issue and be a bit more competitive on price then it will be about perfect.