Enter your dates, select the room and choose out of 1105 hotels in Lisbon

The 15 best hotels in Lisbon selected for you 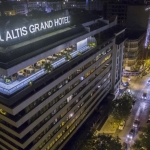 The Altis Grand Hotel is located in the district of Saldanha-Sao Sebastiao, in the centre of Lisbon, a few steps from the historical districts. This wonderful 5-star hotel is perfect if you are... Read more 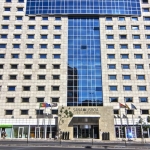 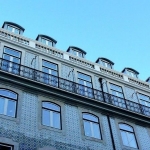 Located in the historic Baixa district of Lisbon, My Story Hotel Ouro is an elegant hotel housed in an eighteenth century building that allows easy access to all the most important attractions of... Read more 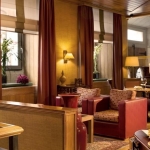 The Hotel Real Palacio offers convenient 5-star accommodation in Lisbon centre, in a quiet and chic area near to the El Cortes Ingles Shopping Centre. Just few minutes away from the Metro station,... Read more 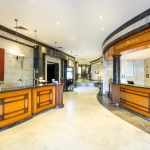 The modern Radisson Blu Hotel, Lisbon enjoys a prime position, close to the José Alvalade Stadium and only 15 minutes from the city center. Portela International Airport is located less than 2 km... Read more 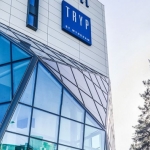 Set next to the Lisbon International Airport, the Tryp Lisboa Aeroporto Hotel is ideal for a stop over or for a business trip in Lisbon. Located very close to Parque das Nações, this hotel is very... Read more 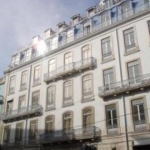 With a stunning view of the S. Jorge Castle, the comfortable Grande Pensão Residencial Alcobia is located in the heart of Lisbon. Read more 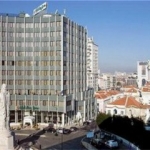 The 4-star Holiday Inn Lisbon features modern accommodation at just 10 minutes by car away from the historic centre of the capital. Easy to reach from the International Lisbon Airport, which is 15... Read more 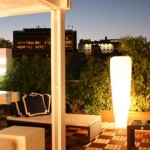 Located in the historic centre of Lisbon, a short walk from the exclusive Avenida da Liberdade, Hotel Lisboa Plaza is a charming family-run hotel. Featuring a Portuguese-style décor, all rooms and... Read more 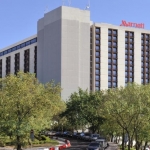 Amid the city centre and the International Airport Portela, the Lisbon Marriott is a 4-star hotel ideal for both business and leisure travellers. The property is set in “Palma de Baixo”, the new... Read more 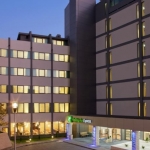 Conveniently located near the Lisbon Airport, the Holiday Inn Express offers good value for money and some necessary services for free. It is a nice base for a business trip or a city break in Lisbon. Read more 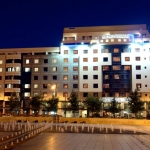 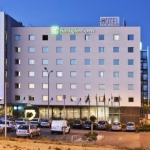 The 3-star hotel Holiday Inn Express Lisbon Oeiras is a good option for business travellers and for those traveling on a budget. It takes about 30 minutes by car from the Lisbon International... Read more 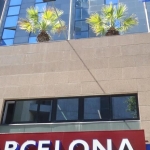 Located in Lisbon city centre, in the heart of Campo Pequeno, the 4-star Hotel 3K Barcelona is easily reachable by public transports. Close to the hotel there are the subway station, the bus stop,... Read more 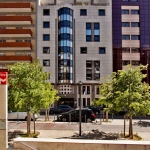 Sana Reno Hotel is located in the centre of Lisbon, 10 minutes away from the city’s main attractions by underground, also very close to Park of the Nations, the Calouste Gulbenkian Foundation and... Read more

As a great city of the sea, Lisbon has a big charm, something that can be felt in its historical quarters like come Belem, il Bairro Alto (the high quarter, on top the hill), Baixa (the lowest side) and Chiado - old buildings, old trams, places and club to hear fado and the lights reflecting on the Tagus natural bay are really outstanding and make this city a unique place, something absolutely not to miss.

Among our top rated hotels we recommend:

The Best of Lisbon: What To See and What To Do

There are really plenty of hings to see and do in Lisbon, starting from Baixa, the historical quarter along the Tagus river. Built in neoclassic style, this part of the city was totally rebuilt after the big 1755 earthquake, with lots of huge streets full of shops, restaurants and clubs.
Here you can see places like Praça do Comércio (Commerce Square) and Rossio Square (Praça do Rossio).

Places like the Upper District (Bairro Alto) the quarter for young people, artists and nightlife, and Chiado, with the remains of the Carmo Convent, destroyed by the earthquake. The quarter has lots of theatres bookshops, shops and elegant streets such as Rua Garrett. This was the part of the city the world famous writer Fernando Pessoa loved the most. He used to hang around at the Café A Brasileira, where a bronze statue shows him seated a a table.

The Belém quarter, on the banks of the Tagus rivers, features many important monuments, like the one representing the explorers that made Portugal a great colonial power: O Padrão dos Descobrimentos, the Belem Tower, the Hieronymites Monastery, built in 1505 to celebrate Vasco de Gama’s return from India. The building has been awarded a UNESCO World Heritage. Always in the same quarter, gluttons cannot absolutely miss the Antiga Confeitaria de Belèm, the oldest bakery in Lisbon, established in 1837 and famous for its puff pastry pudding with cream, cinnamon and powdered sugar known as pasteis de nata.

Another part of the city worth a visit is Alfama, with its narrow street and coloured buildings: here you can see theSão Jorge Castle, the highest point of the city. Right below this building lies the Miradouro de Santa Luzia, with a breathtaking view.

Places like the Aquarium (Oceanário) in the Parque das Nações along the river, one of Europe biggest aquariums, the National Museum of Azulejo, showing the story of the typical Portuguese tiles from the sixteenth century on, and the National Coach Museum, are absolutely worth a visit.

Another experience you should try are the three city funiculars, Gloria leading to the Upper District, Lavra and Bica, along with the Saint Justa Elevador, the elevator built by Ponsard, a student of Gustave Eiffel at he end of the nineteenth century, rising for 32 meters in Chiado showing a fantastic view on the old part of Lisbon.

The best dishes of Lisbon traditional cuisine can be tasted in tascas, places ran by the typical Portuguese families: among the delicacies not to be missed are black olive based appetizers, cheese, sliced salami, spicy shrimps and clams. Another tasty dish is Marisco rice, prepared with molluscs, shellfish and vegetables or with tomato and sardines, the Sopa Caldo Verde, a potato and cabbage soup with bits of meat and sausage. Codfish, bacalhau, should not be missed at all in Portugal! It can be cooked in 366 different ways. Some of the mos popular receipts include bacalhau com natas, made with cream and potatoes and bacalhau a bras, fried with potatoes and scrambled eggs. Another fish based dish is octopus à-la Lagareiro, boiled octopus then grilled, while for meat based dishes you should definitely try cozido à portuguesa, sewed meat and legumes and, for dessert, Tochinho do ceu prepared with eggs, sugar and almonds. Of course, with a glass of great Port wine!

When To Go To Lisbon

Lisbon can be easily visited any time of the year. The city has a great sea weather, with very mild winers and hot summers but with a nice sea breeze.

Events Not To Miss in Town

Regardless of the weather, there are some times of the year when it is possible to witness some extraordinary events, such as the Carnival, in February, with parades of floats, music and dance shows.
Other important events are the Festival das Músicas e dos Portos dedicated to fado, in March, the Lisbon Feast or Feast of the popular saints in June, with parades, fireworks and celebrations of any kind as street dinners along the High Quarter. The Oceans Festival (Festival dos Oceanos), in August, celebrating the sea tradition of the city with boat races on the Tagus, shows and gastronomic shows and the Eighth of December Feast when the 72-metre Christmas tree, the biggest in Europe, is lit in Praça do Comércio.

How To Reach And Move In Lisbon

Airplane is by far the quickest way to reach Lisbon. The city airport is served by both regular carriers and low cost companies. The Lisbon-Portela airport is 7 km (4.35 miles) North of the city and is well connected with the centre through subway and many bus lines.

In the city you can use the underground, with its 4 lines, buses, trams and funiculars, all managed by the same company, Carris.