Enter your dates, select the room and choose out of 610 hotels in Verona

The 15 best hotels in Verona selected for you 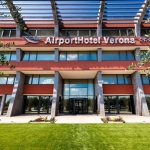 Airporthotel Verona is a modern hotel located near the airport, just a very few miles from the centre of Verona, perfect for business or leisure travellers. The structure offers its guests a free... Read more 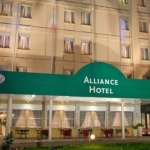 SHG Hotel Verona can be found at the Verona-Est exit on the A4 motorway and it is only 3 km (1.87 miles) from the city centre. Read more 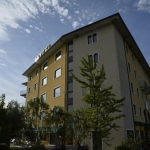 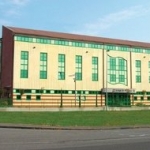 Hotel West Point is located in a quiet area, near the Villafranca Airport and 8 km (4.92 miles) from the centre of Verona. Read more 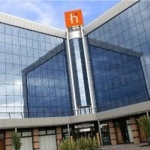 Hotel Expo Verona is a modern hotel a few miles from Verona Catullo Airport and Lake Garda. For the location and the facilities offered, this structure is the ideal choice for those travelling for... Read more 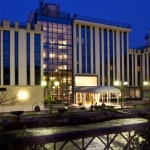 The renowned Leon D'Oro Hotel, in Verona, is located about 800 metres away from the Verona Porta Nuova train station. Booking at this 4-star hotel in Verona, you will be able to stay in one of its... Read more 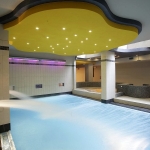 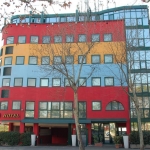 Hotel Porta Palio is a few minutes from Verona's historic centre and only 15 minutes on foot from the Arena. For those loving football, the Bentegodi Stadium is within walking distance. Read more 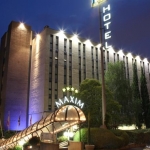 Hotel Maxim is located in Verona and features a fully equipped conference centre and spacious rooms for your holidays or business trips. All rooms have satellite LCD TV, air conditioning, private... Read more 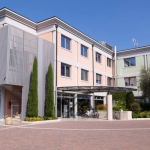 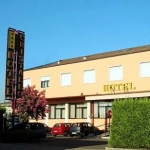 Located a few miles from the Verona Sud exit of the A4 motorway, Hotel Cristallo, Verona is near the ring road, the city's exhibition centre, Verona Fiere and the railway station. The complex... Read more 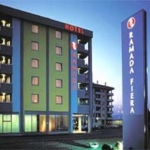 Located across the street from the Verona Fair centre, Hotel Fiera is a modern and welcoming structure, suitable for those who come to town for either business or pleasure. Located a few minutes by... Read more 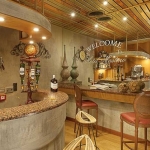 The Mastino Hotel is located in the old town of Verona, only a 5-minute walk from the famous Arena. Located near Piazza Bra, the hotel enjoys a strategic position to visit the main attractions of... Read more 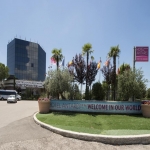 Hotel Antares is 12 km (7.46 miles) from Verona city centre and is easily accessible by car from the ring-road and the A4 and A22 motorways. Read more 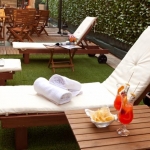 Located in Borgo Trento, north of the Old Town, the 3-star Hotel Italia is in centre of Verona, ideally placed for touring this romantic city. Not too far from the train station, the hotel is easily... Read more

Located in the western part of Veneto region, Verona is crossed by the Adige River and is not very far from Lombardia region and important tourist resorts on Lake Garda, like Peschiera del Garda, Lazise, Bardolino.
The city has been declared a UNESCO World Heritage. Verona is one of the most visited Italian cities for cultural tourism and is famous all over the world for being the city of Romeo and Juliet.

Verona has a wide range of hotels, from family-run bed and breakfasts to charming five-star hotels.
Among the best hotels in Verona we suggest:

What To See In Verona

The city is visited by many couples in love looking for romantic times and attracted by the story of Romeo and Juliet, as well as an interesting place for those loving artworks. Juliet’s House is a stone’s throw from Piazza delle Erbe. The real name for the house is Cappelletti Palace, a middle class building from mediaeval times. Here is the famous balcony from which Juliet spoke to Romeo. Other attractions from this story are Juliet’s tomb and Romeo’s house.

Verona has plenty of Roman buildings. A special mention, of course, goes to the Roman Theatre, also known as the Arena, dating back to the first century, and the walls around the historical centre, where some of the old gates to the city, like the Borsari or the Lions ones, can still be seen.

The city walls are close to the Adige River, whose banks are designed for pedestrian walk along the city centre, with a great view on the only Roman bridge left in town. The Stone Wall Bridge was built in 148 BC in wood. It has been rebuilt throughout the centuries, after being destroyed many times by either the action of men or floods from the river, nevertheless remaining one of Verona’s most beautiful monuments.

The renaissance buildings and those built by the Scala family are other great attractions for tourists. It is impossible not to be amazed by the Castelvecchio Bridge, leading to the homonymous fortress, now a museum. The entire structure dates back to the fourteenth century and is one of the most important examples of Veronese mediaeval architecture. From the same times is the architecture of the Piazza dei Signori, with the Loggia del Consiglio , old palaces of power, still inhabited and used.

An absolute must is a visit to the Arena, the famous Roman amphitheatre, home of many events, especially opera. Located north of Bra Square, the biggest place in Verona, the Arena is a Roman building, perfectly preserved.

The Best Time Of The Year To Visit Verona

The best season to visit Verona is spring. Verona has a very mild and pleasant climate since March, nice in the day and cooler in the night. July and August, despite the high tourist flow, could be a problem for those who cannot stand the hot weather, given the high temperature and humidity.
Despite the cold temperatures, Christmastime is magic in Verona. Christmas illumination along the streets of the centre and the markets make the city even more beautiful and charming.

How To Reach The City And How To Move In Verona

Reaching Verona is quite simple. The Valerio Catullo international airport, served by many domestic and international carriers, is only 12 km (7.45 miles) from the centre, between the Villafranca and Sommacampagna districts. It can be easily reached by a no-stop shuttle bus in a few minutes from the central railway station.
The city is easily reachable by train, being part of the high speed route linking Turin to Venice. Many city buses depart from the Verona Porta Nuova train station, linking the most interesting locations in a bunch of minutes.
Bus and bicycle are the best solution to visit the city, since the historical centre is a pedestrian area.