Enter your dates, select the room and choose out of 280 hotels in Riccione - Rimini

The 15 best hotels in Riccione - Rimini selected for you 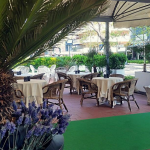 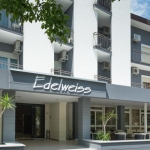 Just a 4-minute walk from the beach, the Hotel Edelweiss in the heart of Riccione, is the ideal destination for your holidays on the Adriatic Coast. Viale Ceccarini with its shops and restaurants is... Read more 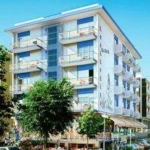 Set on the Adriatic coast on the seafront at Riccione, the Hotel Los Angeles features rooms with balcony overlooking the sea at nice prices. The property is just a 5 minutes drive away from the... Read more 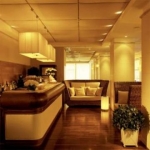 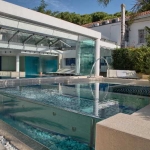 Tiffany's flagship is Aqua Spa, the spa is also open to the public that has steam - with bio sauna, tepidarium, experience shower, turkish bath, ice fountain. The pleasure and relaxation continues... Read more 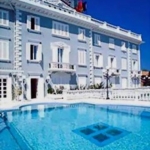 Superb Hotel for quality/service and refined atmosphere. You will not want to leave. Read more 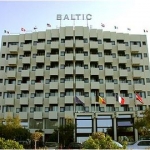 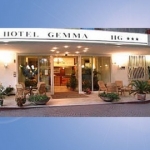 The comfortable rooms are equipped with every comfort, including air conditioning, safe, hairdryer and satellite TV with Sky. Read more 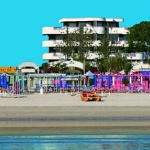 The residence has lift and parking place. 100 mt away from the residence it is located a sports centre with 3 tennis courts and 2 football fields. Read more 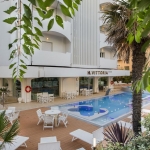 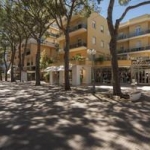 The hotel has modernly furnished rooms, each endowed with an ensuite bathroom, hairdryer TV and telephone. Read more

The hotel Meditteraneo is ideal for a holiday of pure fun but also for those who want to relax. The hotel offers various services such as: 8 meeting rooms all equipped with the best modern comforts,... Read more 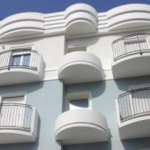 Residence Mareo is set in a quiet area that becomes a pedestrian zone in the evenings. Stay in modern apartments just 50 metres from popular beaches and the Adriatic Sea. Read more 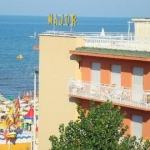 The hotel also has a small private parking available subject to availability, bar, TV room and garden terrace. In the hall you can use the internet connection. Read more 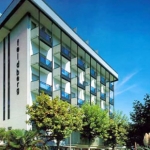 The strategic position of the Feldberg hotel is incomparable and ideal for every sportsman. In few minuts is possible to reach the famous and modern COMMUNAL SPORT CENTER “ITALO NICOLETTI”... Read more

Riccione is an Italian town of around 35,000 inhabitants, it is the most populous municipality in the Province of Rimini which is only 15 kilometers away, it is geographically situated in the southeastern part of the 'Emilia Romagna and overlooks the Adriatic coast, north of the mouth of the river basin. The area of Riccione has a long history with evidence from various finds kept in the Museo del Territorio, there are records of the presence of inhabitants from prehistoric times, from 200,000 years ago. The area was occupied and colonized by the Romans from the third century BC (In 295 BC there was the victory at the Battle of Sentino against the Samnites, Umbrians, Etruscans and Celts) In 268 a. C. Ariminum founded and unified with Riccione, unified under the large umbrella of the Roman world. Of late antique archaeological evidence we have, Vico Popilius San Lorenzo which abandoned the area because of the harsh environmental conditions (waterlogging) and the incursions of the northern peoples (namely the Gothic wars with the Byzantine Pentacles 535-553 AD).

In 1260 the Florentine family Agolanti settled in Riccione, related to the lords Malatesta of Rimini and of which still remain the ruins of the castle in the hills of the city. Moving on from the era of vicarages (the Malatesta were not the real lords of the city, but vicars of the Holy Sea) to the final control of the territory by the State of the Church, there we enter the era of the Old Regime, but remember that around 600, along the beach are the watchtowers built to defend the area from pirate raids. In the mid-nineteenth century it became widely known the benefits of sea bathing, especially for the treatment of anemia, and since 1827 at Viareggio was born the first bathing.

Very interesting to visit is the Villa Mussolini, the Duce wanted a holiday home for his holidays at the sea and was built by joining two existing houses, its construction dates back to 1934.

The climate is temperate in Riccione: summer heat (temperatures up to 35 C) but like any seaside town is cooled by sea breezes, winter temperatures do not fall too low (never below the minimum -2 C). < br />
HotelsClick has many special offers for the town of Riccione.
Book Special Offers Hotels Riccione - Rimini