Enter your dates, select the room and choose out of 1706 hotels in Milan

The 15 best hotels in Milan selected for you 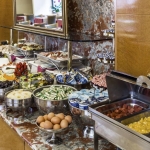 Located in the fringe of Milan historical centre, the ADI Hotel Poliziano Fiera is ideally placed as a touring base both for business or leisure travellers. This 4-star hotel near MiCo and... Read more 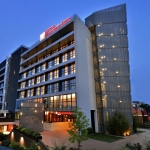 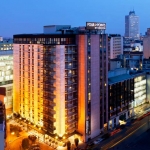 Four Points By Sheraton Milan Center is an hotel allowing you to stay in the very business area of Milan. With its 254 rooms, the structure offers its guests many facilities such a free Wi-Fi,... Read more 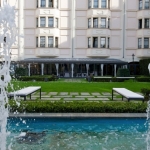 The Grand Visconti Palace is an elegant hotel, just 4 metro stops from Milan Cathedral. Located on the fifth floor, in the Al V Piano restaurant you can enjoy gourmet Italian cuisine in a relaxing... Read more 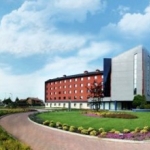 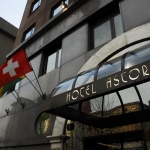 The Best Western Astoria is a modern 3-star hotel in Milan near the FieraMilano exposition, perfect for your business or leisure travels. With good public transport links, the hotel is 700 metres (0. Read more 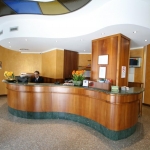 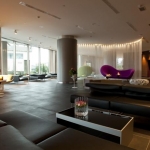 Enjoy a taste of luxury in the 14 floors of the Hub Hotel in Milan. This four-star hotel in Milan offers a lush outdoor garden, a sophisticated lobby space and a roof level health club with... Read more 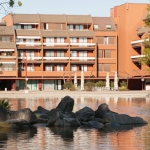 The Hotel Excel Milano 3 - The City Resort is located in Basiglio, only 16 km (9.94 miles) from the city centre. Read more 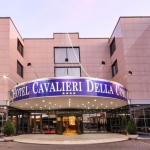 You will feel right at home in one of the Best Western Cavalieri Della Corona’s 176 rooms, where you can enjoy inclusive high speed internet connection, satellite television, tea and coffee... Read more 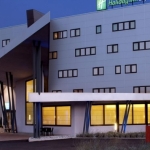 Holiday Inn Express Milan Malpensa Airport is the perfect solution for those travelling by plane and is looking for a welcoming and cosy hotel. The structure is served by a shuttle bus from and to... Read more 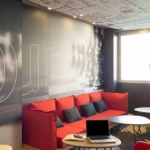 If you aim at staying in the very pulsing heart of Milan, then Hotel Ibis Milano Centro is the right solution. Located in a strategic position, with public transportation at easy reach, it will be... Read more 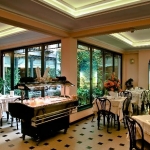 The Hotel Ritter is located in Milan, close to the Dome and to Parco Sempione, and is well connected to the expo area of Rho and to the Fiera Milano City. Located in the heart of the city centre,... Read more 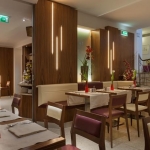 Located in Milan, Hotel Ariston was reconstructed in accordance with the modern principles of sustainable architecture. The hotel was rebuilt using non-toxic materials, paints and furniture. Read more 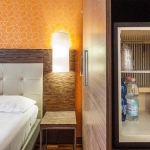 Located between the Navigli area and the Milano Fiera fairground, the hotel is easily reachable from Linate Airport. Hotel Des Etrangers is a functional and modern property, ideal for business stays... Read more

Milan is not only the economic capital of Italy. It is a city plenty of historical sites, museums and galleries, which make it the perfect destination for art lovers. Enjoy then its cultural events, go shopping in one of the world's most glamorous shopping avenues and take part in the great Milanese "movida". In short, there are plenty of things to do and see in this big metropolis with an international flavour, for a holiday full of art, culture and fun.

The Best Hotels In Milan

For your stay in town, here are our suggestions for the best hotels in Milan:

A very appreciated formula among business travellers and professionals in general is the Day Use Hotel. This innovative formula allows to take advantage of rooms and services such as Spa, business and congress centre and meeting rooms high quality structures in the daytime.

Milan: What To See

Among the many attractions, a special mention goes to the Milan Cathedral, the symbol of the town. Built in the fourteenth century, it is one of the most meaningful examples of Gothic architecture, a mighty structure with lots of artworks inside and the famous statue of the "Madonnina", the Virgin atop the main spire of the cathedral, about 4 metres tall (13 feet).
Another symbol of the city is the Teatro alla Scala. The theatre was inaugurated in 1778, and it is still one of the most important opera theatres in the entire world, a real institution in Milan.

One of the absolute masterpieces of the Italian arts is undoubtedly Leonardo's Last Supper in the refectory of the Dominican Convent of Santa Maria delle Grazie. The Last Supper is a priceless fresco painted between 1494 and 1498. Art lovers will also enjoy the Pinacoteca di Brera (Brera Art Gallery) with works by Caravaggio, Mantegna, Raffaello and many other important artists of all ages, including modern ones such as Modigliani, Morandi, Picasso and De Chirico.
Another must is the Sforza Castle, one of the biggest castles in Europe, now home of several museums, including the Museum of Ancient Art, the Museum of Musical Instruments, the Museum of pre and proto-history and the Egyptian Museum. The castle also hosts other important masterpieces like Michelangelo's Pietà Rondanini, some Leonardo's frescos and beautiful tapestries by Bramantino representing the twelve months of the year.

Another place to visit is the Vittorio Emanuele II Gallery, also known as ‘the city's living room.' Built at the end of the nineteenth century to connect Piazza del Duomo and Piazza della Scala, Galleria Vittorio Emanuele II is the place where Milanese go to take a walk or shopping, sit around for coffee or an aperitif in its many bars.
The Basilica of Sant'Ambrogio, built between 1088 and 1099 and dedicated to the city's patron saint with his mortal remains, is absolutely worth a visit, as well as the Saint Maurice Church, built in 1500 and full of beautiful frescoes.

There are also many parks in Milan, places where residents hang around and spend a relaxing time away from the chaos of the city. Sempione Park, right behind the Sforza Castle, is one of the most popular ones. Here you can find the Park Tower, the monument to Napoleon III, the Palace of Art, the Peace Arc, the Arena and the Aquarius. In the centre you can also visit the Brera Botanical Gardens, next to the homonymous palace the Gardens of the Villa Belgiojoso Bonaparte, also known as the Garden of the Villa Reale, home of the Museum of Modern Art and the contemporary Art Pavilion. You can also book a visit for botanic pathways.

Milan is also known as the fashion capital form its influence in this field and because some of the most important international brands such as Versace, Valentino, Armani, Prada, Trussardi and Dolce & Gabbana, to name but a few, can be found here.
The town offers many exclusive boutiques, for brands the like of Louis Vuitton or Ralph Lauren, in the so called fashion square between Corso Venezia, Via della Spiga,  Via Monte Napoleone and Via Manzoni. Other important shopping areas are the Cathedral Square, Vittorio Emanuele II Gallery, Corso Buenos Aires and Via Dante.

The importantfashion week , takes place twice a year. It is an important event in Milan for the fashion experts and aficionados willing to attend the spring/summer fashion shows in September and October, and February/March for the autumn/winter collections. These are the best moments to visit Milan, if you want to be updated on the last fashion trends.

The Navigli Quarter, with its waterways connecting the town with Lake Como and the River Po have now become the ideal places for the aperitif ritual, now absolutely a must, where you can sip your drink among shops and art laboratories and studios.

Next to the most famous movida places, you cannot miss the historic bars and restaurants, such as the Antica Trattoria della Pesa since 1880, or Biffi restaurant, dating back to 1867 in the Dome Gallery. Camparino Cafè in Vittorio Emanuele II Gallery was established in the same year, a place where writers, artists ad politicians used to hang around. Worth a visit, and a taste, are also Cova Bakery, close to la Scala, or Cucchi Bakery in Corso Genova, famous for its panettone and croissants.

How To Reach Milan

You can reach Milan flying, landing in one of its two international airports, Milan Linate and Milan Malpensa airports, easy to reach from the city centre by shuttle bus, taxi or train. The main railway stations are Milano Centrale and Porta Garibaldi.

But when to go to Milan? The town has cold winters and hot and humid summers, therefore the best time to visit Milan and enjoy a holiday in this city are the months between April and June and September and October.