Enter your dates, select the room and choose out of 517 hotels in Helsinki

The 15 best hotels in Helsinki selected for you 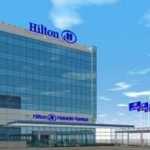 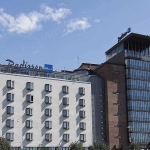 The Radisson Blu Seaside Hotel is in Helsinki, facing the West Harbour, in a quiet and nice contest of the Kamppi neighbourhood. The hotel is a 30-minute drive away from the Helsinki-Vantaa Airport... Read more 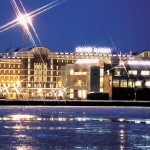 The Scandic Hotel Grand Marina enjoys an prime seafront location in the Katajanokka area. This elegant 4-star hotel in Helsinki is ideal for both business travellers and tourists interested in... Read more 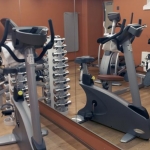 Hotel Katajanokka is an elegant 4-star hotel with a unique style. Situated on Katajanokka Island, close to the heart of Helsinki, the hotel is housed in a historic former prison. Read more 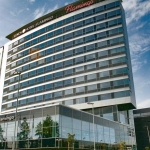 Break Sokos Hotel Flamingo is located near the Jumbo Shopping Centre and Flamingo Entertainment Centre. The distance between the hotel and the airport Helsinki-Vantaa is 3 km (1. Read more 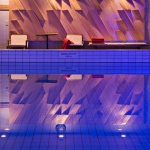 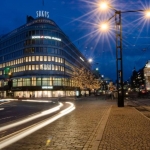 Built on 1952 in the Helsinki city centre, the modern Original Sokos Hotel Vaakuna overlooks the Helsinki Central Station. This 4-star hotel is very easy to reach from the International... Read more 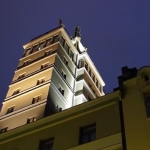 Towering the Helsinki centre, the Solo Sokos Hotel Torni offers high-class accommodation and services since 1931, maintaining unaltered its Art Deco style. From the top of the building, guests can... Read more 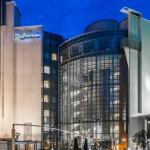 The Radisson Blu Royal Hotel, Helsinki is located in the Kamppi district, amid the Train Central Station and the park of Lapinlahti bay. Facing the Kamppi metro station, the hotel is an excellent... Read more 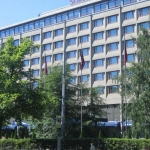 Set amid the main Helsinki’s attractions, the Scandic Park Hotel is in the centre of the city, in between of the Seurasaarenselkä bay and the Töölö lake. This very quiet 4-star hotel overlooks the... Read more 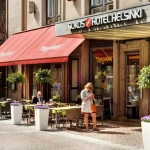 The Original Sokos Hotel Helsinki is ideally located in the heart of Helsinki, just a few steps from Esplanadi, the Central Railway Station, the Market Square and the Aleksanterinkatu shopping street. Read more 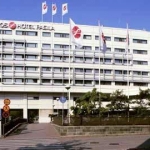 Centrally set in the amusement area of Helsinki, the 4-star Hotel Original Sokos Pasila is convenient either for a short stay or for a business travel. It features modern style rooms and impeccable... Read more 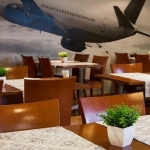 Located at 5 minutes by car from the Helsinki International Airport, the Airport Hotel Pilotti is suitable for an overnight stay, before or after a flight. This 3-star hotel in Vantaa is handy for... Read more 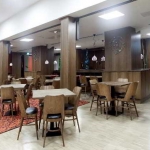 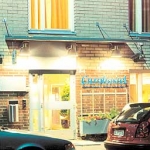 The Eurohostel is a comfortable hostel in Helsinki, with all amenities required. Situated on Katajanokka Island, it is just a 5-minute tram ride from Vyökatu Tram Stop to the city centre. Read more

There are lots of reasons to visit Helsinki, the capital of Finland and one of the greenest cities in the world. Surrounded by an uncontaminated landscape of lakes and forests and more than 300 islands, Helsinki is a heaven on earth for those loving nature.
The city has more than 600,000 inhabitants, the most populated and important place in Finland. Not only is it the political and administrative capital of the country, it is also its cultural and religious centre. The most representative religious authorities and seven universities can be found there. The city has a tight relationship with the Baltic Sea, and many islands are linked together to form the heart of the city. Hundreds of other islands are linked to the mainland with bridges or ferries.

The Best Hotels in Helsinki

For a great stay in Helsinki, these are our recommendations:

The Best Things To Do and See in Helsinki

The city main attraction is without a doubt its landscape. An extraordinary, typical Nordic landscape lies right behind this industrial city, full of Arctic lakes and green forests. It is worth to spend an entire day trying to discover the typical Finnish landscape, something that leaves you breathtaking throughout the year.

Helsinki is also a very sought after destination for those loving the Northern Lights. This fascinating phenomenon can be seen in the Finnish skies for almost 200 days a year. The best moments to see it are between the end of autumn and the end of winter. Lights can be seen from Helsinki or its outskirts, where the phenomenon can be better enjoyed because of less light pollution.

It would be a big mistake thinking there are not many things to do in the winter because of the cold weather. The thick layer of snow is the idea place for those loving ski: Finland offers uncontaminated sloes and landscapes.
Around Helsinki and Turku are many structures and tracks for cross-country sk, many of which are free. Compared to the rest of the country, the ski season starts late in the year, usually around December and lasts for at least two or three months.
The biggest ski resorts can be found North of Helsinki, in Lapland, where other activities such as running on a dog drawn sledge and ice fishing.  Here the skying season goes from December to April and in the winter months the sloes are lit whilst in spring the light of the day lasts until late in the evening.

There's nothing better than a sauna for the cold weather. Sauna is actually much more than a relaxing break: it is something Finnish people cannot waive, like a mystical ritual. For people all ages, entering a sauna is a way to regenerate mind and body.

Helsinki also offers historical and art buildings. Among those we recommend:

• Suomenlinna Fortress
A sea fortress built in the seventeenth century on an archipelago of several islands. It became a UNESCO World Heritage in 1991 and it can be reached with a 15 minute trip from the centre of the city on a ferry;

• Market Square
Kauppatori square is home of a characteristic market where both Finnish and tourists hang out. In this authentic and bright market overlooking the sea you can find food, traditional items and souvenirs. The market also offers food;

•  Uzpenski Orthodox Cathedral
This orthodox cathedral is the biggest one from outside Russia;

• The Curch carved in the stone
Temppeliaukion kirkko is undoubtedly the most original church in Finland. This Lutheran church is in the Töölö quarter and is carved in the stone, surmounted by a dome from which the sunlight gets in;

• The Finnish parliament Palace
The palace dates back to 1930 and is home of the country's parliament.

When To Visit Helsinki: the Best Time

Helsinki can be enjoyed throughout the year.  Between October and April you can enjoy the Northern lights and a snowy landscape, from May to September you can enjoy warmer temperatures, the best way to spend the day in the outside.
It is no coincidence concerts, summer festivals and boat rides all happen in the summer. During the warmest months people can take advantage of the long days and warm temperatures. June has an average 19 hours of light per day. Although there is no real midnight sun, he wonderful show of the sun hiding for just a very few hours behind the horizon is really worth it.

How To Reach Helsinki and How To Move There

All flights land at Helsinki-Vantaa Airport. The structure is located approximately 20 kilometres from the city centre. The city can be easily reached through public transportations operated by Helsinki Region Transport. You can choose between train or bus. Both solutions are convenient, as departures are very frequent and easy up until late at night. The national air carrier is Finnair.

In the centre of Helsinki it is easy to move on foot or, if the weather allows it, by bicycle. Moving from one quarter to another in the city or reaching the outskirts can be done using bus or underground.
Underground in Helsinki has only one line reaching 17 stations, most of which are on the surface level. You need only one ticket for the entire public transportation system in Helsinki: the standard ticket has an hour validity and can be used on any mean of transportation.

Just remember that there are about 300 islands in Helsinki: ferries and boats ensure a quick connection between the islands and the mainland.