Enter your dates, select the room and choose out of 2456 hotels in Prague

The 15 best hotels in Prague selected for you 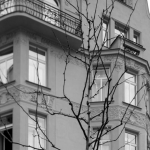 Located in a historic palace in the heart of Prague, Hotel Golden Crown combines a classic style with modern comforts. The rooms of this 4-star design hotel in Prague are spacious and soundproofed. Read more 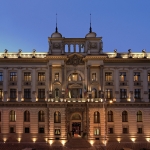 Carlo IV, The Dedica Anthology, Autograph Collection, formerly Hotel Boscolo Prague, is located in the heart of Prague, close to points of interest such as Wenceslas Square, St. Charles Bridge and... Read more 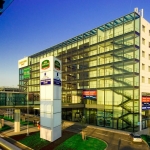 The Courtyard Prague Airport is situated right at the airport. Its excellent position allows you to reach Prague's city centre in 20 minutes by car. Read more 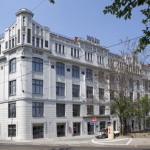 The Park Inn is set in the legendary Vyšehrad area, near the Vltava River, within easy walking distance from the ancient centre of Prague. Located in a quiet street, this elegant Art Deco building... Read more 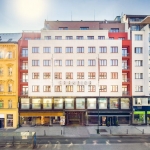 DesignHotel Elephant Prague is a 4-star hotel situated in the city of Prague Czech Republic. It offers various services to visitors such as Restaurant and bar lounge, free WIFI, over 100 smoke-free... Read more 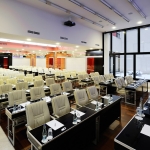 Hotel Grand Majestic Plaza is located just 500 metres (1640 ft) from the Powder Gate and the Municipal House, in the heart of Prague. This renowned 4-star hotel enjoys an excellent open-plan Atrium... Read more 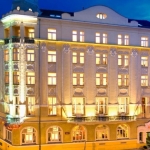 Located in central Prague, in the quarter of Zizkov, the Hotel Theatrino is the perfect accommodation for those interested in visiting the city. The Lipanska tram stop is a 2-minute walk away. Read more 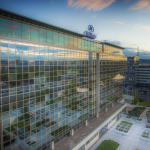 The sophisticated Hilton Prague has been awarded the most prestigious hotel in the Czech Republic and is ideal for any type of trip. Architecturally, the hotel boasts perfect spaces for business... Read more 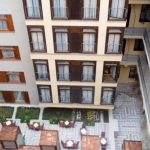 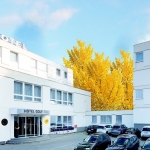 Located a 15-minute drive from the city centre, the Hotel Golf is an elegant 4-star hotel in Prague's 5th district, 700 m (0.43 miles) from the Golf Club Praha. Read more 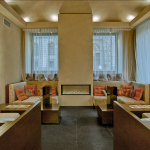 The 987 Design Prague Hotel is set in an ancient building, built at the beginning of the nineteenth century, and now completely renovated. Furnished by the famed architect Philippe Starck, this... Read more 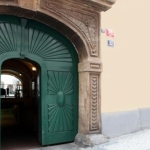 Located in the heart of Prague, Elite Hotel is set in a baroque building dating back to the 14th century. The hotel is ideally located in Prague's New Town, in a quiet area. Read more 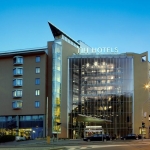 The NH Prague City is located in a modern area which neighbours the historic centre of Prague, close to the most important sights, public transport, restaurants, cafés and shops. It takes only 15... Read more 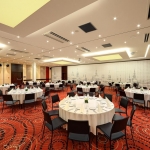 Hotel Duo is a modern 4-star hotel in Prague which offers a wide range of amenities for leisure and business travellers. The hotel features rooms of different categories designed for guests' comfort. Read more 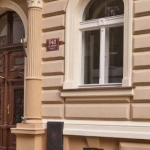 Hotel Trevi is a small boutique hotel in Prague situated in the Vinohrady district, one of the oldest area of the city where the most important sights are located. The hotel has a 24-hour reception... Read more

In Prague you will find numerous different hotels with special offers such as:

Prague is the capital of the Czech Republic since 1992, it is crossed by the river Moldova that divides the city into two parts, its historic center was declared a World Heritage Site by UNESCO. The city has a continental climate with long, harsh winters with heavy snowfall in November, winter temperatures are often below zero and can even reach up to -20°C, and summers are warm with average temperatures of just above 20°C, but if the sun shines all day the temperatures may rise by up to 30°C; middle seasons are relatively mild, it rains especially in summer and in the month of May.

Prague is served by Ruzyne International Airport, which is the hub of the national airline, CSA Czech Airlines, but lately it is also open to the low cost international companies.

Prague has a metro system that covers all the most attractive tourists areas, the external areas are served by numerous bus lines and tram rail, there are also ferries to get around the river Moldova and also organized tours on the river by boats similar to Paris' Bateaux Mouches.

One of the most visited attractions in Prague is the Charles Bridge or Karlův Most, its construction was commissioned by Charles IV in 1357 and completed in 1402, about 500 meters long, the bridge is decorated on both sides with statues of saints, in the two ends there are fortified towers builded on a particular form in gothic style; it connects the two districts of Mala Strana and Stare Mesto.

Stare Mesto offers many attractions to visit like the beautiful Old Town Square with the particular Astronomical Clock, placed on the tower of the Town Hall, built at different times and in different styles from gothic to renaissance, on the stroke of every hour that becomes animated and starts moving the statues of the saints present inside the clock, the church of San Nicola which has a very particular architecture entirely in Baroque style and the two bell towers and the cupola made of bronze, Kinsky Palace a beautiful rococo-style building that hosts an art gallery and the Church of Our Lady Before Týn, made entirely in gothic style exterior, inside was decorated in baroque style after the fire that devastated the previous gothic architecture. Other buildings in the square are the House of Stone Aries, on the south side of the square, the Storch House a Renaissance-style building decorated with a paint of St. Wenceslas.

The Prague Castle is located on a hill and is not a single residence but a complex of buildings and churches, making it the largest castle in the world. Inside one of the buildings of the castle lives the President of the Czech Republic, the other buildings are accessible and are locations of museums and art collections. Inside the castle you can visit the famous Golden Street, a small narrow lane, place of ancient alchemists and goldsmiths. Is also interesting to visit the Jewish Quarter, or Josefov, once home of the ancient ghetto of Prague, has inside several synagogues, many still in use, the most interesting are the Spanish Synagogue, but simple in external architecture richly decorated with golden stucco in Arabic style and Synagogue Old-New, built in Romanesque style is the oldest synagogue in the city, inside there is a museum about the Holocaust.