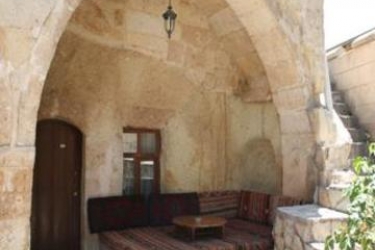 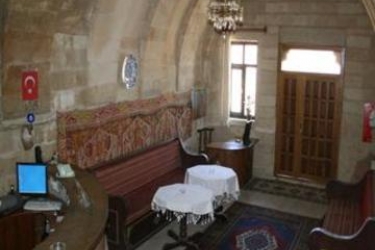 Situated in the center of Urgup, the Cappadocia Palace is a traditional Greek Guest House dated 19th century converted into a modern hotel with all comforts. The decor of hotel is elegant and personalized with beautiful hand-crafted furnishings and antiques. Cappadocia Palace has created a peaceful balance between modern comfort and tradition. with its convenient location in the center of Urgup, Cappadocia Palace is a perfect base for daily excursions within Cappadocia. Professionally run, Cappadocia Palace Hotel provides a personal touch. The Building itself was located by one of the Largest Churches in Cappadocia, and used to accommodate the guests of the church in those days.Even today there are many people who also visit our hotel as museum. The hotel is family-run, with a total of 18 rooms 4 of which is in cave, central heating in winter, en suite bathroom and constant hot water.In and around Urgup are excellent examples of typical Cappadocian houses, most of which have been carved out of the soft volcanic rock or built with local stones. Due to the abundance of stone and the lack of wood in this region, the local inhabitants found ingenious ways of creating comfortable dwellings for themselves in the volcanic rocks. Along the mountain slopes or in the cones, people carved out living quarters, cellars, stables, and storage areas, some of which are still used today. Cappadocia Palace Hotel is one of the examples of these old cave houses in Urgup.It takes only few minutes ro reach museums, shopping, galleries, restaurants, parks, cafes from Cappadocia Palace Hotel. 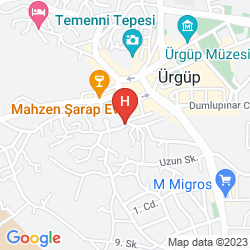