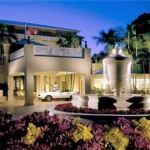 Nice but not all it promised

This is one of the nicest places in islamaorada and we had a great trip. not being familiar with the keys i didn't realize the beach areas would be crunchy hard limestone rather than sand. was pretty but not a beach. a glass of the house wine was $12 and a piña colada (which tasted terrible) was $20. got charged for yoga classes. no kayaks were available because they were supposedly awaiting plugs (?!) and the paddle board check out system was insane. you basically had to stalk people as they came in and people got a little testy about who was first in this first come-first served system where they kept no list - you just had to wait around. and because there were no kayaks, guess what everyone wanted..... room was pretty but the bathroom consumed most of the room and it was pretty dark unless you pull back the curtain and put yourself on display. the lagoon reminded me of a putt putt course water feature. on the plus side, the grounds are immaculate, everything is clean and the staff was so helpful and nice. so was worth staying once - not sure we'll return.