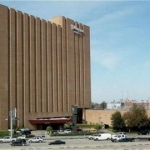 Great hotel - let down by hotelsclick

The crowne plaza is a lovely hotel, rooms are big, beds are comfortable and everything is clean and well maintained. the whole experience of checking in and actually getting a key to our room was traumatic because of hotelsclick. for the second time in a two week holiday there was no evidence of our reservation due to the processes of hotelsclick. instructing a third party for a booking who then instruct a third party to make a booking and alert the hotel has inherent problems which we know only too well. will not use this company again!

A home away from home

I always stay at the crowne plaza whenever i am visiting houston. it feels like a home away from home for me. the rooms and bathroom are very clean. everybody in the hotel from the front desk tap, the concierge, drivers and cleaners are friendly. the lobby is beautiful. there is a shuttle that takes guests to the well known galleria and museum district. it is not a perfect hotel. it is a little old in places and some things need a bit of updating but i highly recommend it.

Staff was excellent rooms were excellent. unaffordable to us had we not booked thru hotelsclick.com location-perfect shuttle- excellent, staff very helpful, prompt

Hotel itself and room were great, but staff was not helpful and appeared very uninformed. after being served a drink with a bug in it, i still got charged for the drink at the bar. also, even though i paid the higher rate for the continental breakfast, the breakfast employee told me that we were not supposed to eat the egg and waffle portion of the buffet and then said we could later.

I have stayed at the crowne plaza quite a few times and would recommend it because it is close the galleria the 4th bigeest shpping mall in the usa, the museun district and lakewod church. the staff are very help full. the lobby is beautiful. the rooms and bathrooms are quite clean even though some of the furniture and wall paper need updating.